Time appears to have stood still on two wooded acres in the San Antonio suburb of Garden Ridge. This 1987 home that recently went on the market for $575,000 is chock full of touches evoking the over-the-top decade in which it was built.

Outside, its primary roof line is reminiscent of A-frame architecture popular in mid-century architecture. But don't be fooled. Inside, the essence of the Big-Shoulder-Pads Decade abounds — from the conversation pit next to a well-appointed bar to the varnished wooden railings everywhere in the three-level house.

But the wonders don't end there. The main kitchen, complete with red brick walls and archways, has a multi-level island with a second sink. We said "main kitchen," because there's a second one upstairs, that one with a wet bar.

A master suite opens onto four separate balconies, and a two-sided gas fireplace resides between the bedroom and the master bath, which has grand steps leading to that most '80s of relaxation spots: a spa tub.


This home is listed by Betty Herring with JBGoodwin Realtors. 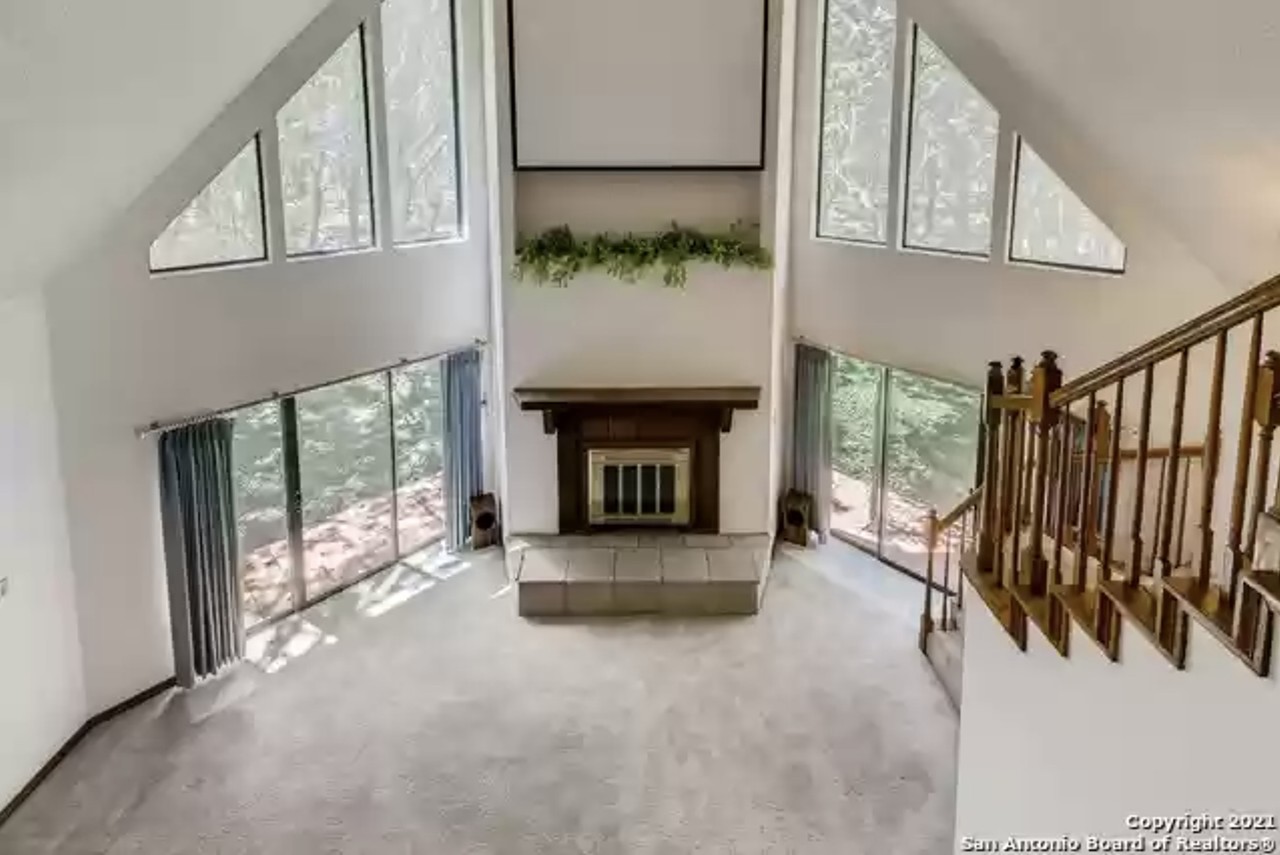 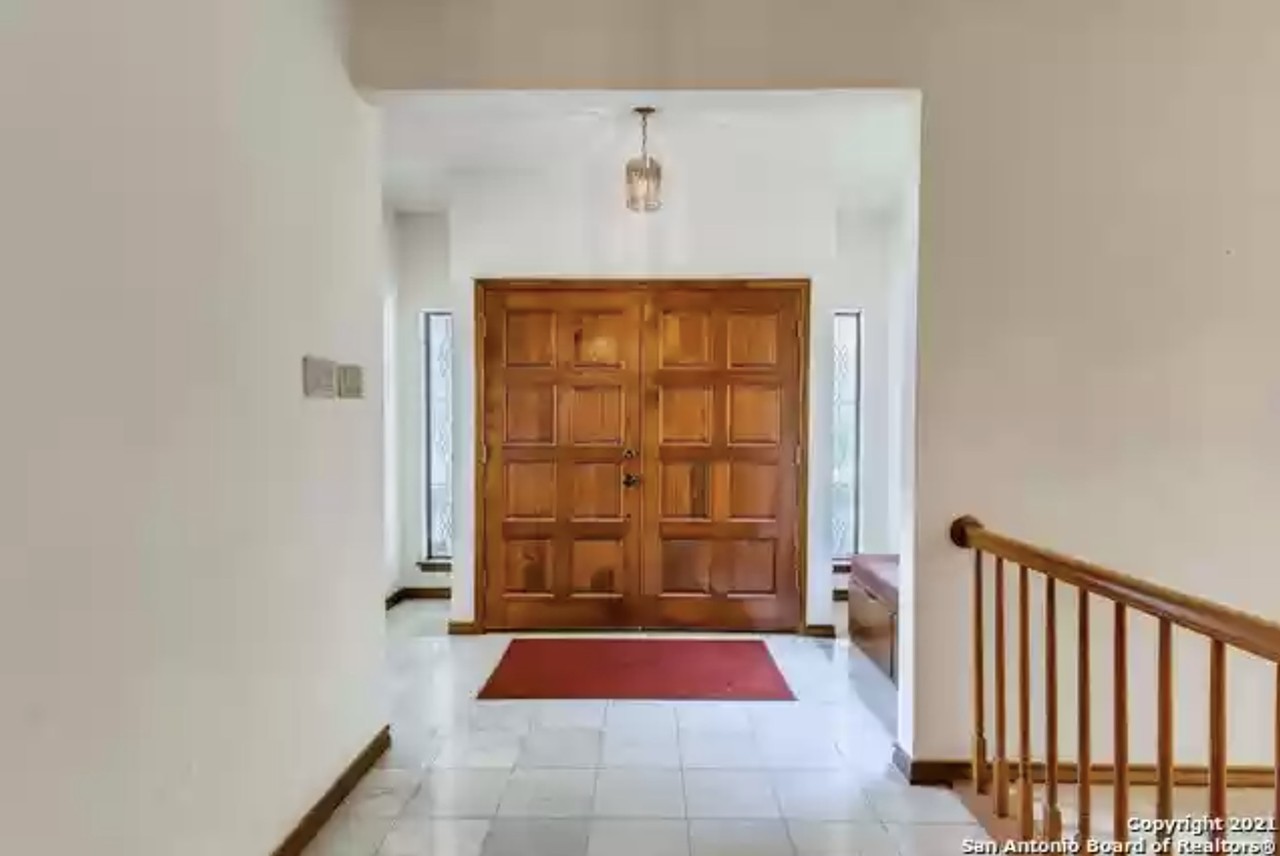 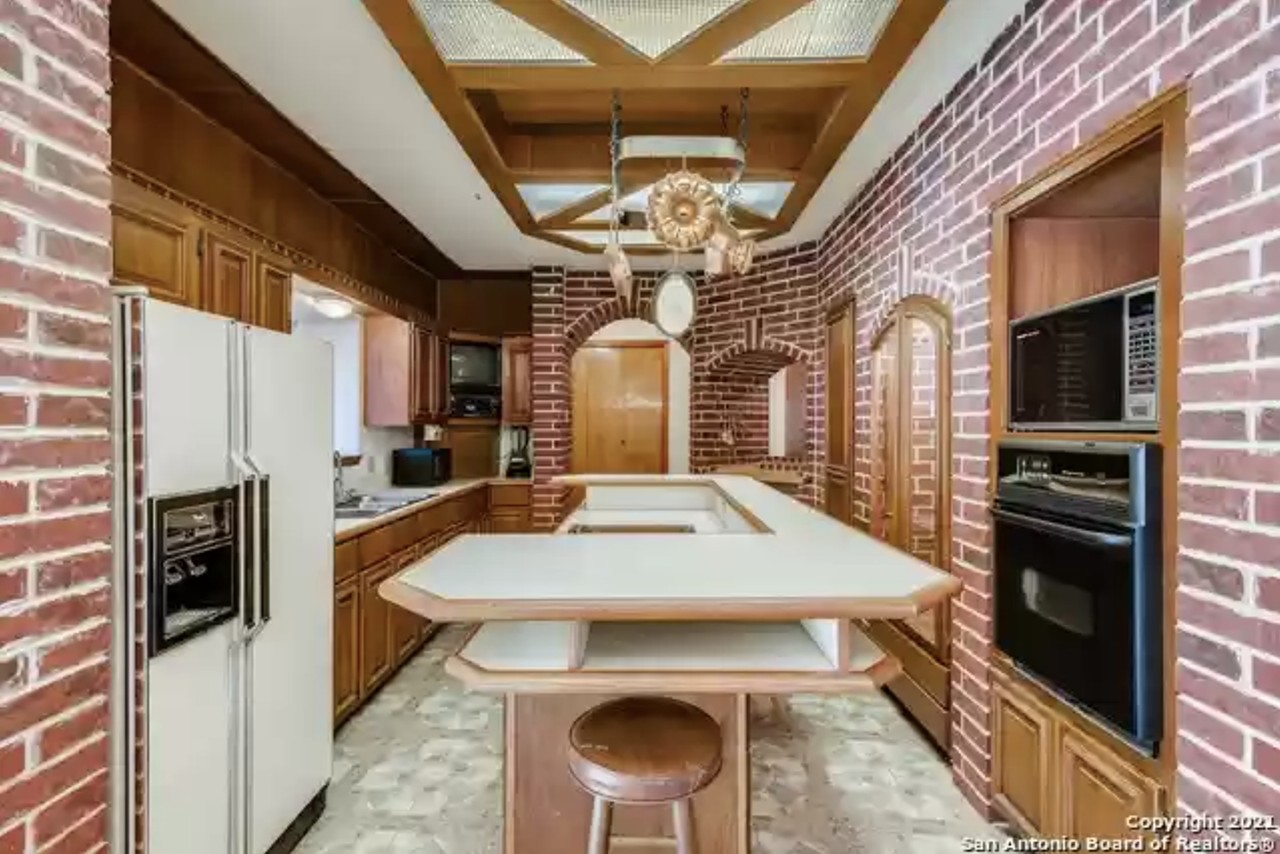