Less known by the public are Aguillon’s private murals commissioned by the current owners of this Mediterranean-style home now for sale in Oak Hills.

When the 1970s house was undergoing updates in 2005, owners Tom and Carol Weiss discovered Aguillon through a mural he painted at a nearby restaurant on Fredericksburg Road.

“He came over and painted a huge mural by our pool,” said Tom Weiss of the portrayal of a hillside Mediterranean town sloping to the sea. “It’s whimsical and lively. Claudio incorporated the existing Saltillo tile surrounding the pool and brought it into the mural for an almost 3-D effect."

The Weisses' favorite touch is on the left where a cliff diver can be seen in the distance, mid-plunge. The courtyard pool and its mural can be seen from nearly every room in the four-bedroom house.

Aguillon's association with the family’s home continued over the next two years as he spiced up the thick, hand-troweled white walls by painting colorful plants around the fireplace, a Spanish courtyard scene in the breakfast area and a detail of fruits and vegetables high on a wall near the kitchen.

This home is listed by Dawn Willborn Murray with Essex Properties. 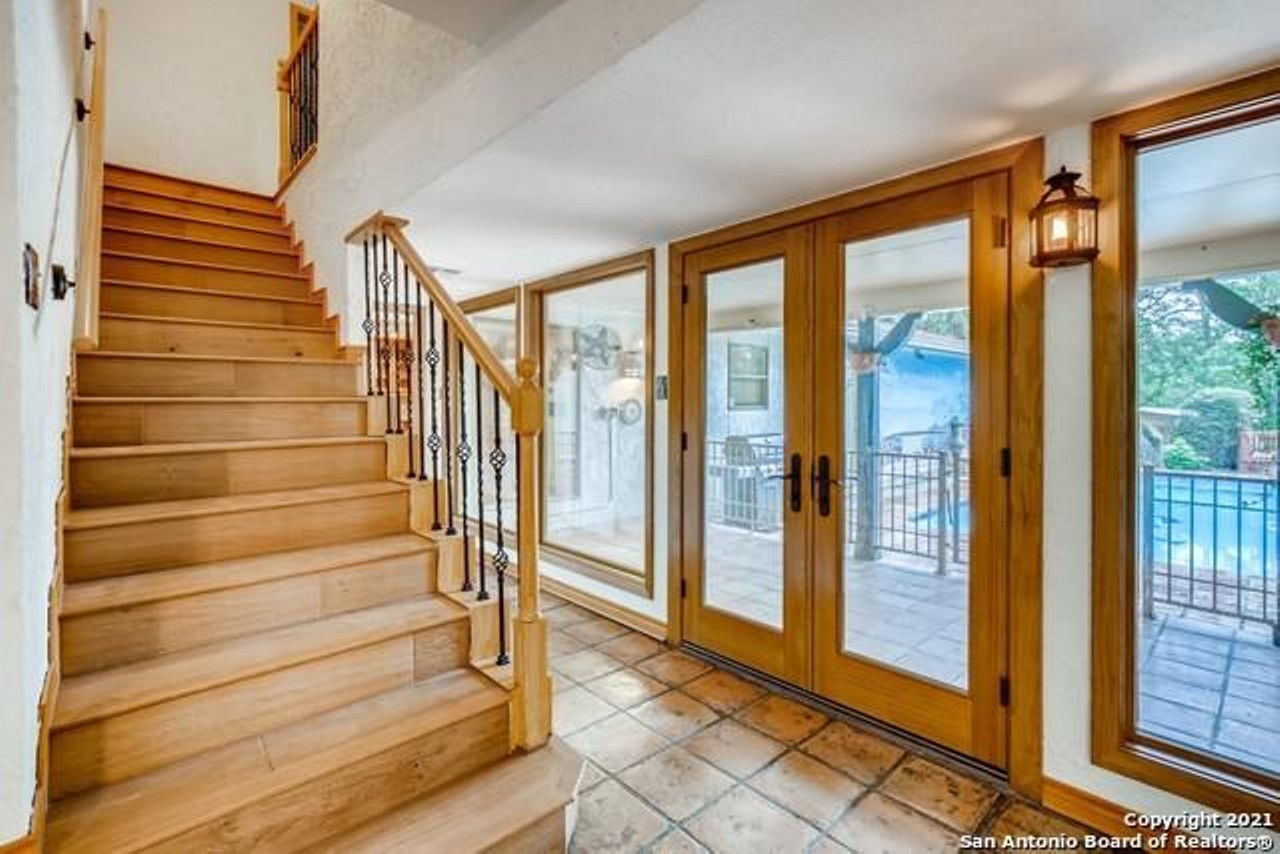