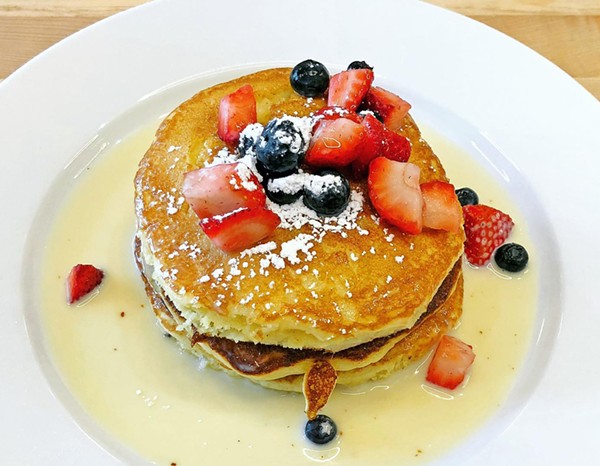 The SAFB stated that the organization was nearly 2,000 turkeys short of being able to guarantee a traditional Thanksgiving for area families, and is asking locals to consider donating a frozen turkey this season.

Jason Dady's Christmas-themed pop-up bar has officially opened with eats and décor and cups of cheer.

Sabor CocinaBar has reopened in a new (yet familiar) space, with the same tacos, cocktails and brunch options.

The Patio Southtown has closed, but the restaurant owner plans to reopen in a new location.

Need gift ideas for the San Antonio food lovers in your life? We got you covered.

The Office pub crawl is heading back to downtown San Antonio next month for Christmas.

This San Antonio BBQ food truck followed the mantra “brisket is king,” and is now just weeks away from opening their first restaurant inside Rivercenter.

Not looking forward to going out and seeing people you don't want to see? You'll likely be safe at one of these bars.

You might not know Interstellar Farm, but chances are you've eaten their flavorful and nutritious microgreens. The homegrown business is expanding and is now delivering straight to your doorstep.

H-E-B-owned Favor Delivery has begun to provide its runners with car insurance, one small step for gig economy workers.

Artea has opened to Northwest San Antonio with Asian bites and lots of bubble tea options.

A fire destroyed a historic Church's Chicken on San Antonio's East Side this week. Fortunately, no one was hurt.