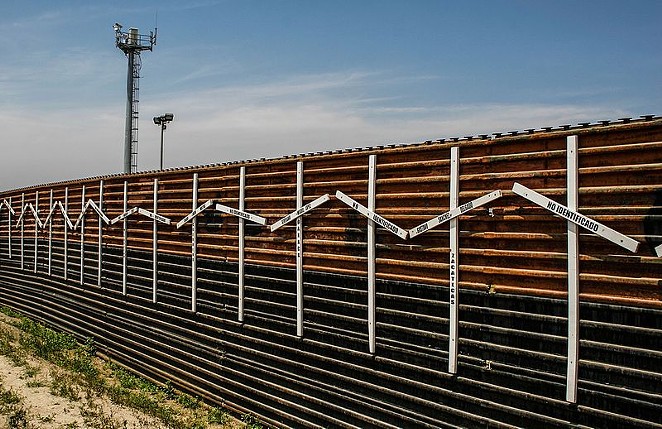 American Rivers placed the Lower Rio Grande on the list because additional wall construction would lead to flooding and decimate wildlife along the waterway. Dams and diversions have already taken a toll, but Congress' recent approval of $1.6 billion to fund 33 more miles of could drive damage to catastrophic levels, the group says.

"One of the biggest problems is the elimination of the green space along the river that provides refuge and food for so many migratory animals," said Jackelin Treviño, a member of Sierra Club's Lower Rio Grande Valley Executive Committee.

The list was released days after a peer-reviewed study from University of Texas-Austin scientists the potentially disastrous effects border wall construction would have on the region's wildlife.

While legal challenges could slow or stop construction of the funded stretch of wall, Sierra Club's Treviño also urged Texans to call their elected officials.
New construction is likely to disrupt animal habitats including the 2,088-acre Santa Ana National Wildlife Refuge and jeopardize nearby residents, she added.

"The flooding also will affect communities," she said. "It doesn't just stand to threaten wildlife but human life as well."