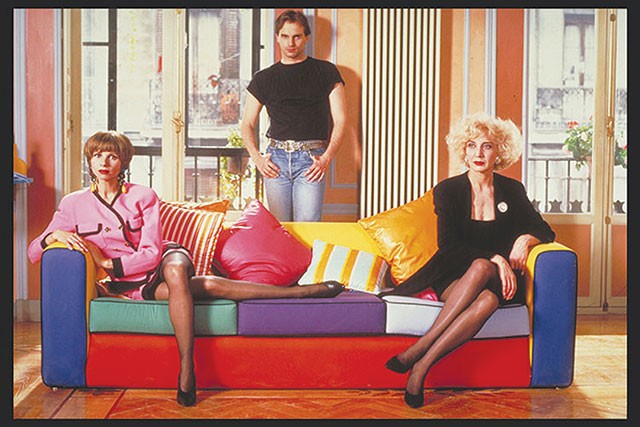 Unlike his breakthrough, Oscar-nominated Women on the Verge of a Nervous Breakdown (which put him on the international map in 1988) and the acclaimed All About My Mother (winner of a Foreign Film Academy Award in 2000), none of the following Pedro Almodóvar films won any important international award and no one ever mentions them when discussing the auteur’s best movies. But do yourself a favor (if you haven’t done so already): give these a chance, in chronological order, to understand why Almodóvar is one of the world’s greatest living directors.

Carmen Maura is superb as the pill-addicted, abused wife of a taxi driver/letter forger. Her mother-in-law is hooked on bottled water and cupcakes, her best friend is a call girl, her youngest son will sleep with men for the right price and the other moves drugs with grandma. Oh, and one of the neighbors is a little girl with telekinetic powers that can paint and hang wallpaper in your kitchen just by looking at it.

Quotables: “At first it was fun, but I am too young to be tied down.” (The youngest kid back home after living with a pedophile dentist)

“Feet-wise, you’re just like your father: when you take your shoes off, your feet smell just like his. An intense, strong stench. I almost can’t breathe.”

An estranged actress mother (Marisa Paredes) returns home after 15 years and finds that her daughter (Victoria Abril) married one of mom’s former boyfriends. One of the funniest and more credible mother-daughter love-hate relationships ever put on screen, with a movie-stealing double role by superstar singer Miguel Bosé.

Quotables: “She’s so nice… Her heart’s bigger than her tits.”

Arguably Almodóvar’s warmest, most conventional film, if you can call anything he does “conventional”. Writing under the pseudonym “Amanda Gris,” Leo (Marisa Paredes) is a successful author of cheesy romantic novels and deeply in love with her aloof traveling husband (Imanol Arias), a military conflict-resolution specialist. Looking for a change, she’s hired by a newspaper editor who falls in love with her. Her first assignment? A review of the new book by Amanda Gris. A sweet and often funny look at unrequited love, but one in which heart is more important than laughs.

Quotables: “The great strategist! You’re supposed to be a specialist in great conflicts!” “Yes, but there is no war that can be compared to you.”

“Reality should be banned.”