In the mausoleum of grainy YouTube boxing channels, there lies the best of San Antonio boxer Tony Ayala, the "little bull" whose troubled life ended last week at the age of 52.

In the early '80s, "El Torito" carved his way to the top of the junior middleweight class, disposing of his contenders with precise and unchecked aggression.

Carrying the baby weight of a teenager, Ayala went undefeated in his early years, knocking out 19 of his 22 wins as a pro. El Torito liked his fights quick. Closer to bull riding than boxing in length, he flattened 16 of his KO victims in four rounds or less.

His greatest display still on tape is a 1982 bout against the unfortunate Robbie Epps. In a sardine-packed Freeman Coliseum, Ayala came out red-hot, landing everything on the taller, slower boxer. With a left hook like a locked missile and right jabs like small, chattering gunfire, Ayala decimated Epps in 90 seconds.

Unfortunately, these riveting early fights also boast the flaring anger that would damn Ayala outside the ring. After the referee called the Epps fight, Ayala kept landing blows on his white-flagged opponent over the ref's shoulder. In 1981, at 18, Ayala spat on Jose Luis Baltazar after knocking him to the canvas.

Three years earlier, Ayala had landed himself in the first arraignment of his long criminal career. In the bathroom of a San Antonio drive-in theater, he sexually assaulted a young girl, severely injuring her. The charge went away when the Ayala family paid the girl $40,000 and he was given 10 years of probation, according to news accounts at the time.

Ayala's contempt for women continued as he climbed up the undercard. He was charged for burglary when he entered a woman's house in Northwest San Antonio. The victim received hush payment from the Ayala family and the charges were dropped, according to news reports.

He also took the mayhem on the road. In Indianapolis, Ayala strong-armed a hotel clerk into a back room. Again, he dodged criminal charges, with authorities agreeing to drop the case if he town immediately.

"Sometimes, I think this boxing has made my boys grow up too fast," Pauline Ayala, his mother, told Sports Illustrated in 1981. "They found out about life, girls, everything, too early."

El Torito certainly linked violence to sexuality at a terribly young age. While in prison, Ayala disclosed that a male friend of the family molested him for two years starting when he was 9.

"I wanted to impose myself on a woman as a way of proving my straightness, my heterosexuality," Ayala told Texas Monthly in 2000. "Which goes back to my being abused, being sodomized, being pushed into things I didn't want to do, and blaming myself, thinking somehow I had invited the situation."

By 1983, surrounded by trainers and enablers, the troubled 19-year-old had become a heroin user, a serial abuser of women and an elite boxer preparing for a $700,000 title fight against Davey Moore — which never took place.

After a New Year's Party on a New Jersey ferryboat, some heroin and two boat-side brawls, Ayala came home and raped his neighbor at knifepoint. This time he couldn't avoid paying for his crime. The jury didn't take long, handing Ayala a 30-year sentence. El Torito became Prisoner No. 69765 at Bayside State Prison in Cumberland County, NJ. 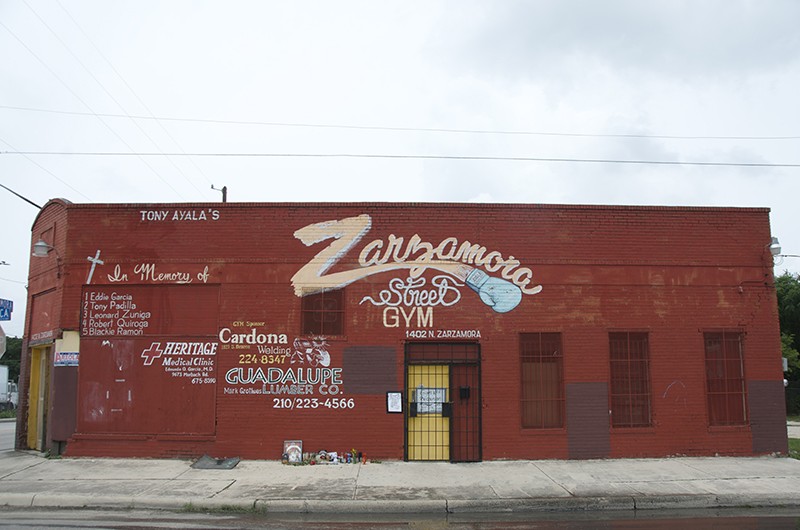 In doing so, Ayala lost a chance to contend in one of the great decades in the history of boxing, missing opponents like Sugar Ray Leonard, Tommy Hearns and Marvin Hagler. He also became a prototype for champion batterers like Mike Tyson and Floyd Mayweather, Jr.

For some fighters, fear and intimidation seem to have become part and parcel of boxing today. At this month's showdown between Mayweather and Manny Pacquiao, a fight that generated a staggering $400 million, Mayweather refused to let into the arena journalists who would ask questions about the boxer's checkered history of domestic violence.

"The money made is much, much more important than the lives that might be lost at the hands of people who abuse women," Marta Prada Peláez, CEO of SA's Family Violence Prevention Services, told the San Antonio Current. "We condone the violence. We participate in a double standard. When you ask specifically about it, people say 'oh no, that's wrong.' But then we support and stand by people who are known to be repeat offenders and abusers."

When Ayala got out of prison in 1999, articles in the Philadelphia Inquirer and New York Times prematurely framed his story as a feel-good sports narrative. Perhaps they thought the worst was behind him, that Ayala could still become one of San Antonio's all-time great athletes. But Ayala's homecoming once again involved violence outside the ring.

In 2000, an 18-year-old woman shot Ayala in the shoulder after he invaded her home. In 2003, Ayala was accused of sex with a 13-year-old girl, a charge that was dropped when the she said she lied about the act, according to published reports.

In 2004, El Torito received a 10-year prison sentence for a litany of minor last straws, including violating parole, speeding, driving without a license, possession of heroin and possession of pornography.

In 2014, Ayala was released from prison nine days after the death of his father, Tony Sr. Since then, he apparently had managed to steer clear of trouble, sticking to training boxers at the family's Zarzamora Street Gym.

But the grip of heroin remained.

Last week, Ayala's body was found at the family gym just south of Lerma's Nite Club and the Basilica of the National Shrine of the Little Flower. According to a police report, he was found with a needle in his arm filled with narcotics, with a ball of heroin on the table next to his body. Originally reported as cardiac arrest, the police report indicated "the cause of death appears to be an overdose."

Outside the red brick gym, a makeshift altar popped up for the late, potentially great boxer as roosters play-sparred in the street last weekend. Candles, flowers and an Everlast glove were laid by the gym's door.

On the wall, in a crude and lovely frame of duck tape, a friend left an afterword in Spanish and English: "Yesterday, now tomorrow and forever you will live with God. From all the former boxers."