Wikimedia commons
It's been over a week since the small town of Sutherland Springs was rocked by a church shooting that left 26 dead and 20 injured. Enough time for the Vice President (and Mother) to fly to Texas and visit the wounded, for John Holcombe to arrange a funeral for eight of his murdered family members, for the country to shift its gaze to another outrage-stoking news story.

That's why, when President Donald Trump sent a tweet Tuesday evening informing that "the FBI and law enforcement" had just arrived in Sutherland Springs, more than a few took pause.

"God be with the people of Sutherland Springs, Texas. The FBI and Law Enforcement has arrived," he declared just before midnight on Tuesday.

Okay, so we all know was is a mistake — clearly law enforcement didn't wait NINE DAYS to show up to a mass shooting. Even Trump knows that (...we hope).

By now, it's safe to assume that Trump had vaugely copied and pasted the same tweet he used on November 5, the actual day of the Texas shooting, and forgot to replace "Sutherland Springs, Texas" with "Rancho Tehama, California," the rural Northern California town where a gunman had killed five people in a shooting rampage earlier that day. 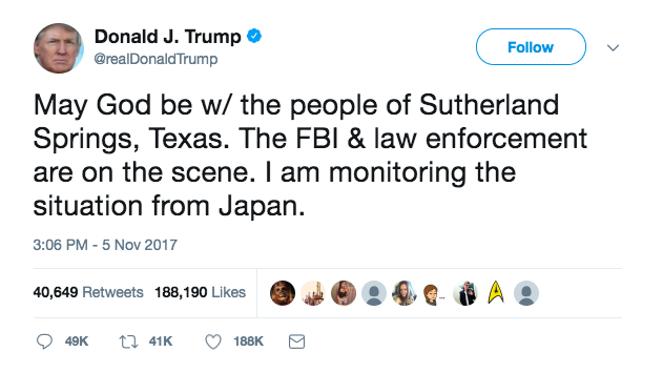 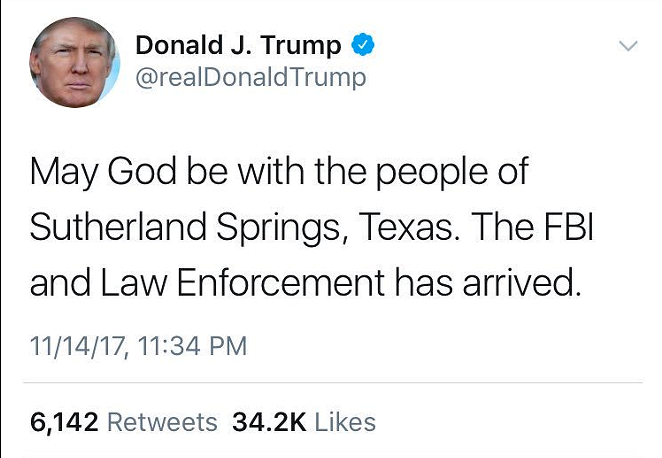 The post was deleted about ten hours after it went up — more than enough time for hundreds to call him out on it online. 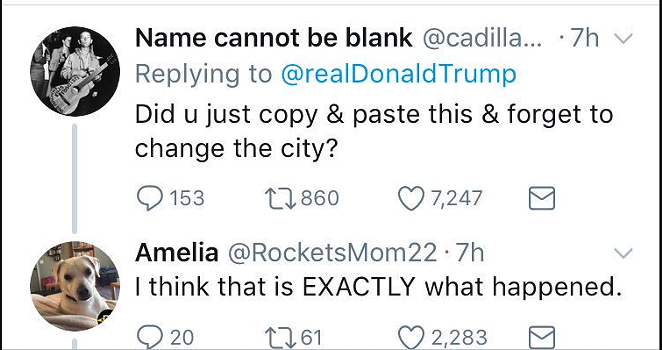 “Today the president of the United States couldn’t remember and didn’t even bother to check where the country’s most recent mass shooting took place,” tweeted one user.

And another: “The fact that the U.S. president can’t even keep track of all the mass shootings is a fairly compelling argument for gun reform."

Perhaps this is what happens you confuse your "thoughts and prayers" one too many times.