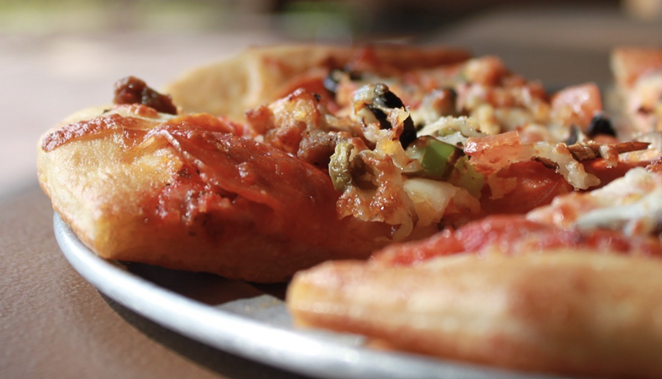 Instagram / biglouspizza
Turns out a pair of popular San Antonio pizzerias have enough of a following to make national waves.

Travel company Italy 4 Real compiled a list of the 100 most frequently geo-tagged pizza joints on Instagram, which included Big Lou’s Pizza and Dough Pizzeria Napoletana, both located in the Alamo City.

Big Lou’s, which has racked up press for its massive 42-inch pies, landed 13th on the list. Dough, which has won accolades for its authentic approach, came in at number 85.

It should probably come as no surprise that the top 10 slots on Italy 4 Real’s list include four eateries from New York City, the nation's pizza mecca, and four from Chicago, the home of deep dish pie.