Uber: City Regulations May Drive Company Out Of San Antonio 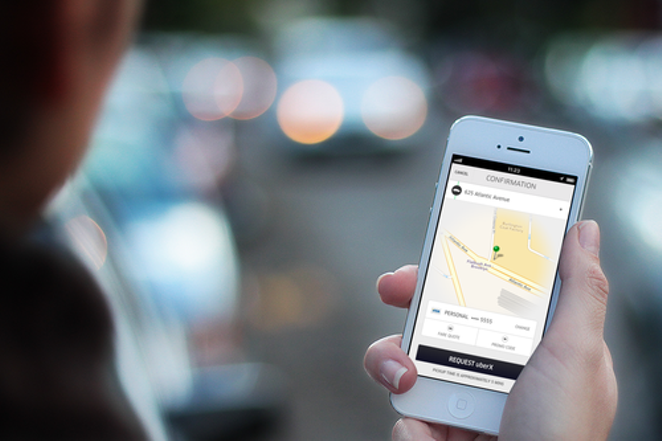 The company claims that, if the amended transportation ordinance goes into effect on March 1, it would impose "unworkable" regulations that would hinder its operations in SA. Late last year, City Council amended transportation regulations to accommodate ride-share companies like Uber and Lyft, but even before they passed both companies threatened to leave the local market.

Here's the full email Uber sent to its drivers:

You and your fellow drivers on the Uber platform completed a record number of trips in San Antonio last month and your dedication to helping meet the unmatched demand for rides is the reason why. It's crystal clear that the residents of this great city love Uber.

As you know, the San Antonio City Council recently passed an ordinance that applies unworkable regulations to uberX and other tech platforms that are facilitating rides in the city.

If this ordinance goes into effect on March 1, we will have no choice but to leave town.

This ordinance includes some of the most burdensome regulations in the nation, including hefty fees on drivers. How do your fees compare to those in other cities? Austin requires drivers to pay $0.00, Houston only requires $11.01, and San Antonio requires $175.00.

We are doing everything we can to repeal this ordinance and preserve ride-sharing in San Antonio. The San Antonio City Council has a historic opportunity to join Austin and more than 20 other U.S. cities and states that have created sensible regulatory frameworks for ride-sharing.

How can you help?

Contact you City Council Members and urge them to REPEAL AND REPLACE this ordinance. For driver partners like you, we aren't giving up — so don't give up either!

There is still time to make changes to this ordinance and allow competition on the streets of San Antonio.

We are optimistic that San Antonio's elected officials will use this opportunity to show the world their city embraces innovation and the economic opportunity that comes with it.

We appreciate your support and continued partnership.


A local ride-share driver who does not wish to be identified for fear of being let go by Uber, feels the city went too far with their regulations on background checks and vehicle inspections. "I honestly think they just wanted to make money," the driver said, adding the opinion that neither Uber, Lyft nor the City went to the negotiating table in good faith.

The driver, who claims Uber is servering its relationship with drivers who speak out against the company, took issue with Uber and Lyft's continued insistence that they are technology companies that provide a platform to facilitate ride-sharing.

"I just wish they would have regulated the rates. In the end, Uber and Lyft are cab companies, so I think the rates should be regulated just like with taxis."

The Current has acquired a copy of a letter Uber sent to Mayor Ivy Taylor and each member of City Council today that announces the company's intention to leave San Antonio should the amended transportation ordinance take full effect on March 1.