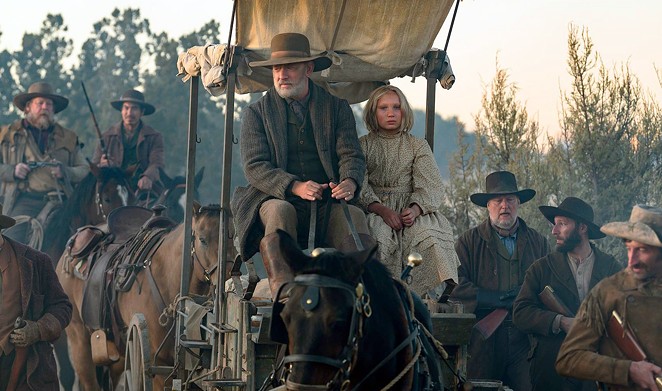 Universal Pictures
Universal Pictures just released the trailer for Oscar-nominated director Paul Greengrass’ new film, News of the World. Based on the 2016 novel of the same name by Paulette Jiles, the film stars two-time Oscar winner Tom Hanks (Forrest Gump) as Captain Jefferson Kyle Kidd, a widowed Civil War veteran who is entrusted to take a young girl to live with her aunt and uncle in Castroville, Texas.

Set in the 1870s, Hanks’ character is a news reader – someone who traveled from town to town reading newspapers to townsfolk for a dime to keep them abreast of what was happening in the world. During one of his trips, he comes across a 10-year-old girl who has just been released by a Native American tribe after four years in captivity.

Prior to News of the World, Greengrass was nominated for an Academy Award for his incredible 2007 drama United 93 – the story of the hijacking of the 9/11 flight that crashed in Shanksville, Pennsylvania, after passengers rushed the hijackers to try to retake control of the airplane. Greengrass also worked with Hanks on the 2013 dramatic thriller Captain Philips – the true story of a 2009 hijacking of an American cargo ship by Somali pirates.

Hanks’ last film was the war movie Greyhound, which hit Apple TV earlier this year. After News of the World, he is scheduled to star in the post-apocalyptic drama BIOS and an untitled Elvis Presley movie directed by Baz Luhrmann (Moulin Rouge!).

News of the World is set to hit theaters Christmas Day.