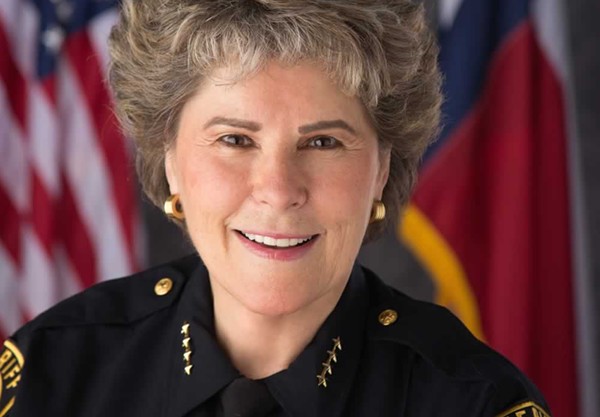 The deputies who shot Flores are Robert Sanchez and Greg Vasquez, according to multiple media reports. KSAT-12 has also released a full video of the incident, available here. The video contains graphic content that some may find disturbing.

The man who sheriff's deputies shot and killed on Friday has been identified as Gilbert Flores, 41, according to the San Antonio Express-News.

The identities of the two deputies who shot Flores have not yet been revealed.

Our original story continues below:

Moments after he put his hands in the air, sheriff’s deputies shot and killed a man on Friday morning in northwest San Antonio according to video released by KSAT-12.

At about 11:30 a.m., sheriff’s deputies were called to a home near Leon Springs in for a domestic disturbance. There they found a man armed with a knife, a woman with a cut on her head and an 18-month-old baby which may have been harmed.

The man resisted deputies’ attempts to arrest him. After a lengthy confrontation, during which the deputies used a taser and a shield to try to subdue the man, both deputies fired their weapons, killing the man.

Here's the video and the original report from KSAT-12:


The video, which is grainy and shot from a long distance, shows a shirtless man running through a front yard. He then stops and puts his hands in the air. There is no audio to go along with the video. KSAT-12 reported they stopped the video just before the man was shot.

Michael Thomas, a student at the University of Incarnate Word, was in the area when he saw the disturbance. He took the video on his phone and sent it to KSAT-12.

Bexar County Sheriff Susan Pamerleau said at a Friday evening press conference that “what’s in the video is cause for concern.” But she also cautioned against jumping to conclusions.

“It’s important to let the investigation go through it’s course so that we can ensure a thorough and complete review of all that occurred,” Pamerleau said. “What’s important is to make sure that we don’t rush to judgment on any part of this.”

Both the deputies involved in the shooting have served in the sheriff’s office for over 10 years. They are now on administrative leave, which Pamerleau said was “standard procedure.”

The Sheriff’s Office identified neither the man nor the deputies. The sheriff, along with the Bexar County District Attorney's Office, is now conducting an investigation into the shooting.