Wineglass of Friendship, Piñata Probe, Space Mop and Other Proposed Names for the Tower of the Americas 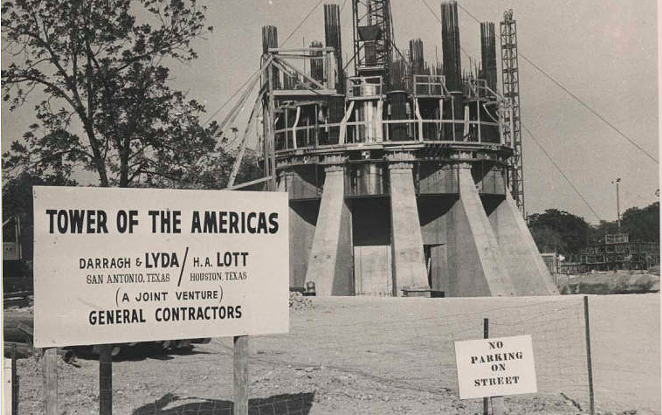 UTSA Archives
"A tower that will soar more than one-eighth of a mile above HemisFair 1968 is looking for a name that will be as imaginative and enduring as the tower itself."

So begins the 1965 call for submissions to name the yet-to-be-built, futuristic centerpiece to the World's Fair. The prize? A $100 savings bond, a three-day stay at the Menger Hotel and a season pass to HemisFair. UTSA Archives
Over the following months, officials received more than 3,000 grandiose and goofy suggestions before eventually landing on "Tower of the Americas," a name submitted no less than 68 times (the first submission sent by winner Rosa Gonzalez).

These contestants were likely abiding by this important submission guideline:

But not everyone followed suit. Thankfully, University of Texas at San Antonio saved every single submission in its online archives so we could pick out our favorites for your perusal. Here's just a sampling of the weird and wonderful names officials somehow decided against (no, there's no Tower McTowerface).
You're welcome.