Won't Somebody Think of the Children? Reign in Spain, Just Felt Like Run-ning 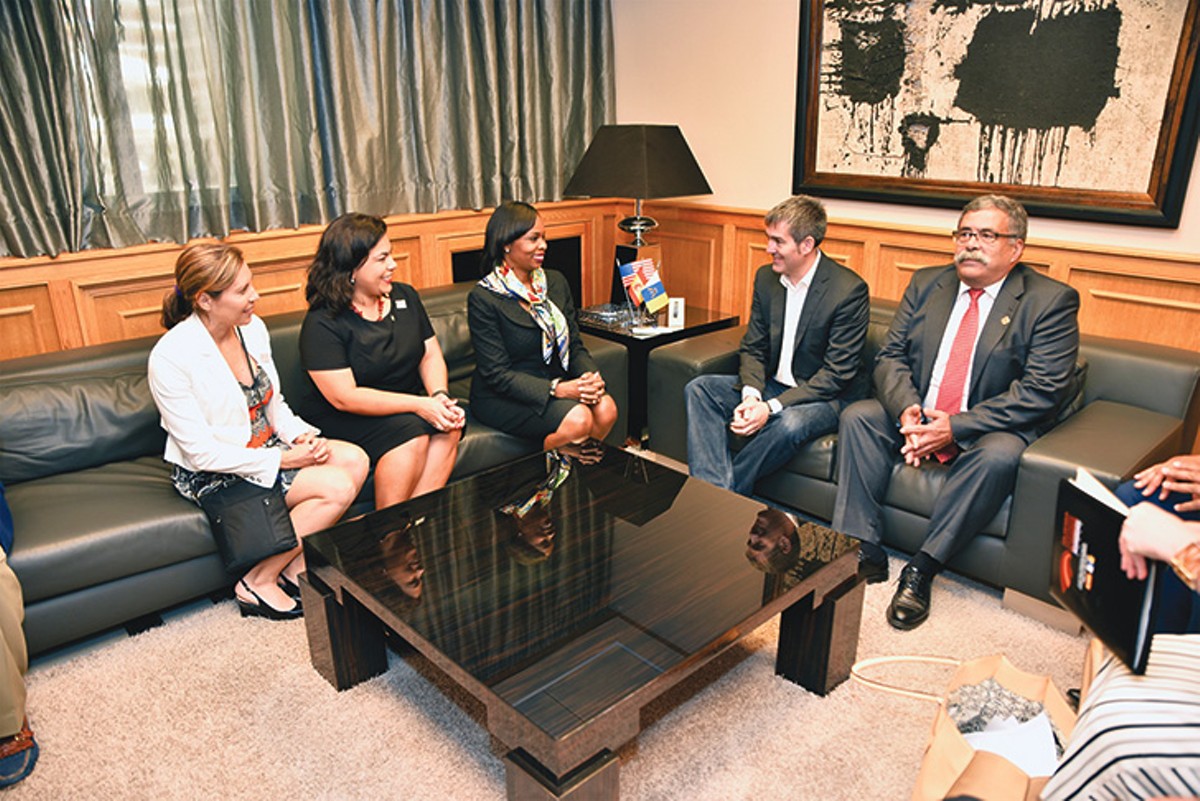 Think of the Children

Last year, the Texas State Board of Education took heat for approving a history textbook that referred to slaves as "workers." This year, the board will consider a Mexican-American studies textbook that says Chicano activists in the Civil Rights era were trying to topple the United States in the name of communism.

"Chicanos, on the other hand, adopted a revolutionary narrative that opposed Western civilization and wanted to destroy this society," the text states.

The book — called Mexican American Heritage — is published by Momentum Instruction, which is owned by Cynthia Dunbar, a Republican and former board member who has made headlines over the years by trying to force religion and free enterprise into curriculum.

Emilio Zamora, a University of Texas at Austin professor of Mexican-American history told the Huffington Post that — at first glance — the book has serious flaws.

Expect lots of criticism from folks like Zamora when the board considers approving the textbook later this year.

Las Palmas is beautiful this time of year, don't you agree?

Yeah, I don't know either. Never been. But Mayor Ivy Taylor has. She led a sizable delegation from San Antonio to Spain and the Canary Islands last week. Taylor met with officials such as the Spanish secretary of foreign affairs and the mayor of Madrid, and delivered an address at the Cervantes Institute in Madrid.

She was joined by dozens of members of the San Antonio Hispanic Chamber of Commerce, which led the trip, as well as City Council members Roberto Treviño, Alan Warrick, Rebecca Viagran, Shirley Gonzales and Ray Lopez. Spouses of some chamber and council members also made the trip.

Two of San Antonio's nine sister cities are in the Canary Islands: Las Palmas and Santa Cruz de Tenerife. The goal of the trip is to strengthen economic and cultural ties between San Antonio and various Spanish cities.

The people have spoken. Again. A few of them, at least.

Runoff elections last week tilted in favor of Barbara Gervin-Hawkins, running to replace Ruth Jones McClendon in the 120th District of the Texas House of Representatives, and Javier Salazar, who's now the Democratic nominee for Bexar County sheriff.

Gervin-Hawkins, nonprofit executive and sister of The Iceman himself, George Gervin, bested Mario Salas, an educator and longtime community activist. With no Republican in the race, Gervin-Hawkins will succeed McClendon, who represented the city's East Side in the House for almost two decades.

Salazar beat veteran lawman Andy Lopez in a landslide victory. Lopez, who ran as a Democrat, promptly endorsed Sheriff Susan Pamerleau after the runoff ended. Salazar and Pamerleau will face off in November. Lopez also hinted on his Facebook page at running as an independent candidate in November.

Turnout for the runoff election in Bexar County was just under 3 percent.

Outside the realm of San Antonio, but relieving nonetheless, was the defeat of Mary Lou Bruner, the state school board candidate who you'll recall for her Facebook diatribes.

Bruner made national news for claiming, among other things, that President Barack Obama prostituted himself to buy drugs, that dinosaurs died in a Biblical flood and that climate change is a communist conspiracy theory.

Bruner lost, but still picked up over 25,000 votes for the Northeast Texas seat – good enough for almost 40 percent of the vote. Yikes