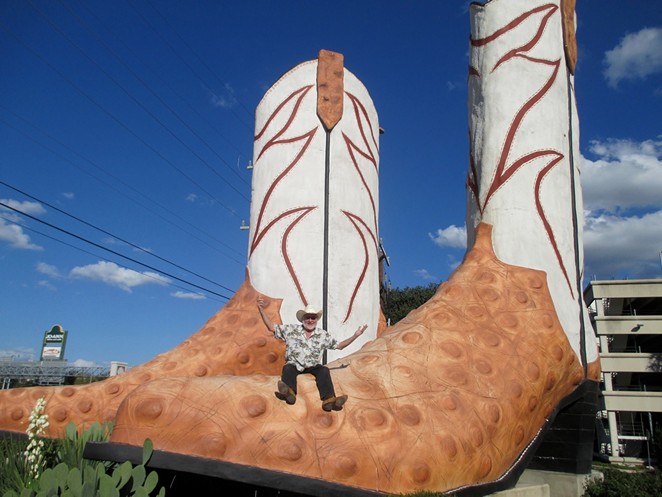 The iconic installation, originally located in Washington, D.C., marked its 40th anniversary at North Star Mall on Thursday. Long rumored to be the biggest set of cowboy boots on the planet, the sculpture was officially recognized as such by Guinness World Records in 2016.

Unfortunately, Wade did not live to see this milestone — he died of heart failure late last year. In honor of the artist, North Star Mall will release a commemorative Fiesta medal sometime in February.