Your Next Night Out Should Be at Rebelle 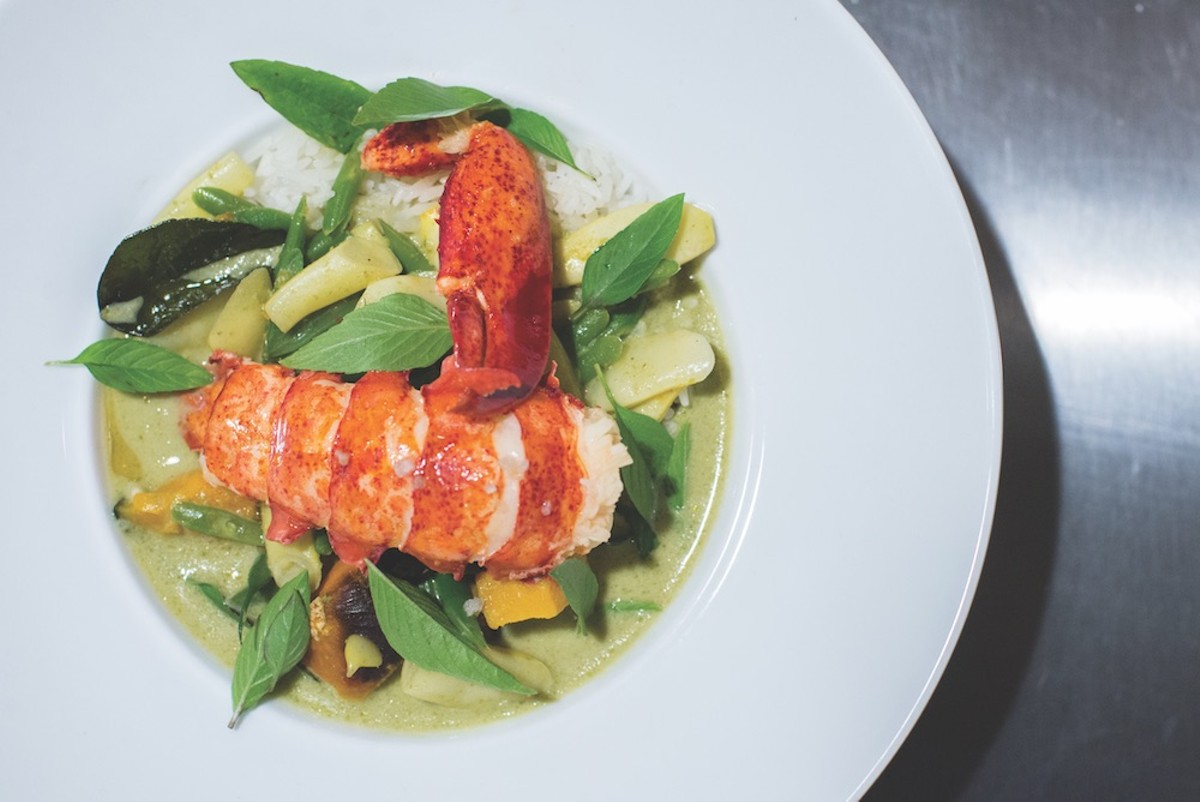 The venerable St. Anthony seems to be slowly coming to terms with its nip-tuck facelift, programming events to keep proud-again Peacock Alley active. Tuesday night's Jazz on the Rocks at The St. Anthony Club bar just off the Alley is only one way to help populate a place that looks way better with people in it — preferably beautiful people.

In the evening, the lighting level at Rebelle, the hotel's flagship restaurant, is such that a wrinkle here or there thankfully won't be noticed — but that doesn't mean that diners shouldn't dress up to the glamorous surroundings. The menu, too, deserves a degree of sartorial respect. Yes, an $89, 48-ounce côte de boeuf will taste the same whether one is in a tank top or Tom Ford, but think of this as an opportunity.

That menu has remained essentially the same since last fall's opening, but cuts of steak have been adjusted, "chem-free" Gulf shrimp have replaced lobster in the excellent green curry preparation and roasted duck breast takes the place of a duck leg confit. It must be working. Nevertheless, I would still be reluctant to reprise the Pernod-cured salmon — not so much for the salmon as for the accompaniments. The texture of veal carpaccio also failed to thrill. But I would leap on the ground goat kebabs again in a heartbeat. And I found the recently tasted char-grilled Spanish octopus appetizer to be triumphant in almost every sense.

My only issue with this handsome dish was structural: cutting the coiled and grilled tentacle atop the slightly slippery/soupy Corona beans. But once that hurdle is overcome, it's clear sailing. The octopus is spice-crusty and tender, the beans are perfect in their bath of basil pistou and everything comes together in rare harmony.

Recalling my just-after-opening experience with entrées, I found the cassoulet Rebelle quite good as a collection of parts, though as a traditionalist, I still prefer the beanier, cook-it-all-together original, and had praise for the then bone-in short rib braised with mushroom duxelles. The revisit yielded another winner, rosemary and red pepper spiced goat shank.

One enthusiastic server suggested that its flesh fairly bounded from the bone. Not so, but also not important. First impressions here were of the "this must have been from a very large, very old goat" sort; the shank was that prodigious. But it had no old-goat toughness or gamy taste — far from it. And the bedding of lemony polenta (the lemon actually matters — taste the polenta on its own first) with lusty tomato sofrito is an excellent backdrop for the just gutsy enough goat.

Lunch is a different animal at Rebelle. The setting that is sexy and sultry by night is not quite as successful in the light of day. Red-lamped sconces and suspended fixtures seem especially out of place. At 12:30 on a Thursday, the place was hardly bustling. And at first glance, the more-casual noonday menu seems like less of a fit than it does at dinner.

But then you order the oysters. I can see sitting here all afternoon with just an order or two of these delicately battered beauties, pausing occasionally for a few strands of pickled radish, a discreet dip into the spicy aioli ... and a few glasses of bubbly.

If you must order something sturdier, there's a burger and a deliciously anachronistic French dip, but I'd head straight for the pulled duck confit salad. It's a simple but expertly dressed plate in which all parts, the candied hazelnuts as much as the rye croutons or the duck, pull equal weight. And if something more filling is on the agenda, then consider the de-boned short ribs served, along with tender, twisted, Cara Nonna brand pasta, in a basil-accented ragu any nonna would be proud to claim. More than with complex dishes, depending on exotic ingredients or preparations for their appeal, this is where a kitchen shines.

It shines here night or day.