Coffee And Your Hormones: Is Caffeine Really A Testosterone Booster? What Do The Latest Studies Say! 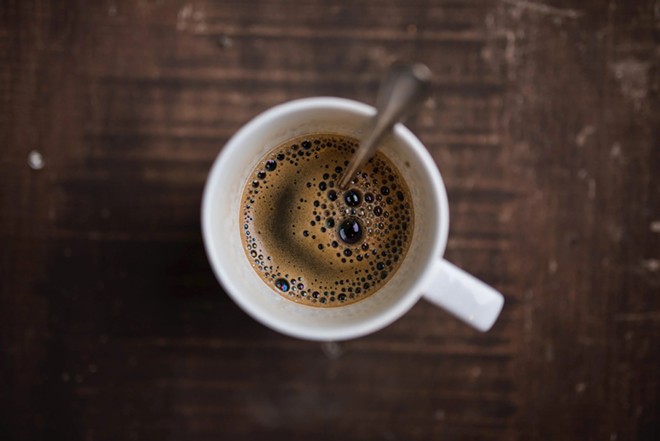 ADVERTISEMENT.  San Antonio Current news staff was not involved in the creation of this content. Please note, this report is not meant to treat or diagnose any illness. It is written for informational purposes only. If you have any health concern at all, please see a licensed healthcare professional.


We all love our coffee, and we all know it gives us energy, sharpens focus, and tastes good, but what else does it do to our bodies? Caffeine has a host of interesting effects and recent studies suggest that the stimulant does actually impact your hormones, but the interesting question is, does coffee boost testosterone?

The short answer is perhaps surprisingly, yes, caffeine is indeed a testosterone booster. At least for men, for women it actually has the opposite effect by increasing estrogen production.

Sure, caffeine isn’t the most effective natural testosterone booster but, it is still surprisingly effective.

What was most interesting is that in men it didn’t just raise testosterone levels is also decreased estrogen levels [1]. And did the reverse for women.

It made a statistically significant difference, and the trials were double blind, meaning that some of the participants were given decaf (in lieu of a normal placebo), and all participants were tested on both at different times. The decaffeinated coffee didn’t actually have any impact, meaning that it’s likely the caffeine that has the effects that caused the increase in hormone production.

No, there are some caveats, in the successful trials men were given coffee in the morning, mid afternoon and with meals. They were told not to consume caffeine in the evening. And this is quite important. Sleep is essential for healthy hormone regulation, so if you’re drinking coffee before bed, then it will not increase testosterone as the impacts of disturbing your sleep patterns will outweigh the benefits of caffeine. Remember, caffeine has a half life in your system of about 5 hours. So, you’ll want to leave it at least 4 hours before you sleep if you want to optimize your T levels.

How Does Caffeine Boost Testosterone?

When Is Caffeine Bad For Testosterone Production In Men?

As we’ve mentioned already if it disturbs sleep, but when else can caffeine lower testosterone? The answer is oddly if you’re mother drinks it. Ok, this doesn’t apply to if you’re a fully grown man, but a Danish study showed that mothers who drank more than 3 cups of coffee a day whilst pregnant had sons with significantly lowered testosterone levels [2]. Which is of course another good reason not to drink too much caffeine whilst pregnant, as if more of them were needed.

Other Benefits Of Caffeine

This is perhaps where caffeine get’s even more interesting, the reason that caffeine’s impact on sex hormone binding globulin was to see if this would explain it’s link to a reduced risk of type 2 diabetes. That said, there are quite likely some other more obvious reason why heavy caffeine consumers are less likely to have diabetes than raised testosterone. It is true that low testosterone can lead to weight gain, which could of course exacerbate diabetic issues, caffeine also increases thermogenesis (your daily calorie burn) and suppresses appetite, which is more likely to be the reason for the lower rates.

There’s a reason that caffeine is probably the worlds most well known nootropic and why it’s included in a lot of the best brain supplements. It improves focus, memory recall and can actually treat many cognitive issues, it also seems to be particularly effective at treating adult ADHD [3] although it seems that this isn’t being pursued as a treatment option.

Caffeine is also particularly effective at assisting weight loss, which in turn raises testosterone (if you’re overweight), which accounts for more than half of the US population. Caffeine has been shown to effectively reduce weight. It’s also been noticed that people who drink a lot of caffeine are substantially less likely to be overweight than the general population.

Other Ways To Boost Testosterone

Of course, there’s a lot of other ways to increase testosterone production naturally that don’t have to come from caffeine. The most commonly recommended tend to be:

There’s a whole host of pre made testosterone boosting supplements that are made with the best ingredients and put together in a compact blend that means you don’t have to take 50 pills a day. Our personal favorite is Testofuel, which has a long pedigree of actually being effective, unlike a lot of the industries cheaper products.

Another potential issue with stops caffeine from being a good testosterone booster is the fact that it can raise anxiety levels, particularly when it’s over consumed. [4] Increased cortisol levels result in lowered testosterone levels [5], which is why a lot of testosterone booster supplements contain ingredients that are designed to lower cortisol such as Ashwagandha.

This one almost overlaps with caffeine, building more lean muscle mass results in an increased level of testosterone. And it’s been shown time and time again that caffeine improves athletic performance dramatically. Thus, there is a compounding effect, if you have caffeine before hitting the gym you’ll perform better, and then assuming you’re eating right and not overtraining, increase muscle and boost test. That said you obviously don’t need caffeine to work out.

The Final Word On Caffeine And Testosterone

Caffeine does indeed boost testosterone levels in men. On top of that it has a lot of effects that compound it’s results further. Does that mean that having an extra cup of joe once a day is going to get you jacked? Well no, it’s not going to do that. But, it seems that caffeine can actually have a beneficial effect on male hormones. As long as you don’t drink too much before bed.

The statements made in this sponsored post are those of the paid sponsor and not those of  San Antonio Current, and are not intended as medical advice. Consult your doctor before undertaking any changes to your physical, mental or dietary health.