HGTV's Why The Heck Did I Buy This House is returning to San Antonio for a second season. 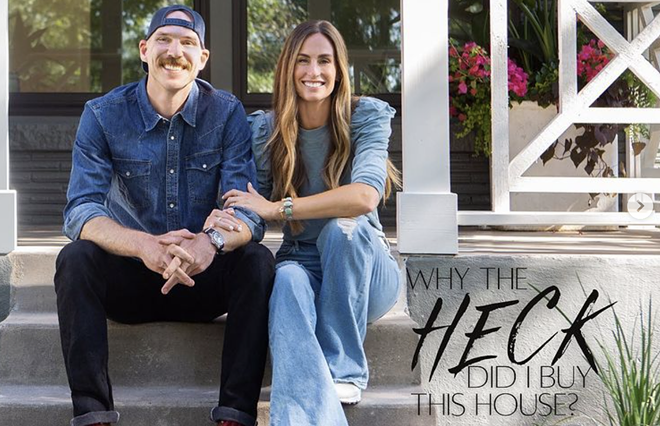 Instagram / kimspradlinwolfe
The first season of HGTV's Why The Heck Did I Buy This House mostly featured homes within the 410 Loop built in the 1960s and 70s.
San Antonio homeowners with abodes needing a facelift are in luck, as HGTV is looking for homes to renovate in the Alamo City, as first reported by MySA.

Hosted by San Antonio resident and Survivor champion Kim Wolfe, the hit TV show Why the Heck Did I Buy This House is looking for homes and people in San Antonio to cast for the show's second season, according to an Instagram post by Wolfe on Wednesday.

The home renovation show, whose first season was also exclusively filmed in San Antonio, follows Wolfe as she transforms and updates homes.

During the first season's episodes, interior designer Wolfe primarily focused on homes built in the 1960s and 70s within Loop 410, according to MySA.

It's unclear whether the upcoming season will feature newer homes beyond the city's inner loop. Even so, those interested in applying are encouraged to email [email protected] to apply.