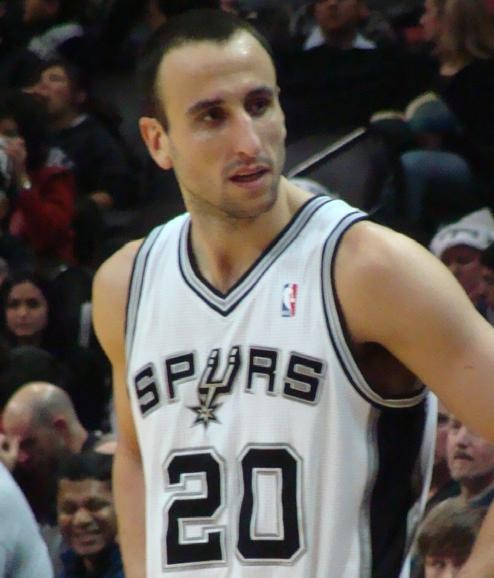 Last night I dreamed Manu Ginobili was traded to the Cleveland Cavaliers.

Yes, Manu was in my dreams.

No you’re not, because Manu in a Cavs uniform is a nightmare.

Looking at today’s standings, the Cavs are a league-worst 10-46. Or, in San Antonio terms, the reciprocal of the 46-10 Spurs.

One year ago today, the Cavs were occupying the Spurs’ current post - atop the NBA standings, with a record of 43-14.

Unless you were living under a rock the past year, you’re familiar with the plight of the Cavs.

In a nutshell: Cavs lost in the Eastern Conference Finals to the Boston Celtics. LeBron became an NBA free agent. LeBron peacocked from suitor to suitor. LeBron figured if he was going to come up short in the post-season, he might as well be near a beach when he does it, opting for the Miami Heat live on The Decision. Cavs owner and Comic Sans proponent, Dan Gilbert, pens an angry letter simultaneously standing up for Cleveland, while lambasting LeBron. Cavs now suck. Heat are suddenly faux contenders.

In today’s NBA, there is a clear disparity between the Have’s and the Have Not’s. The big market metropolises and the small market communities. NBA players don’t want to play in Cleveland (especially without LeBron), Minnesota, Sacramento, Utah (no more Coach Sloan), Charlotte (unless they want to practice with owner Michael Jordan), Detroit, Milwaukee, Indiana, Toronto, Memphis, and the list goes on. Of course, they’ll play in these cities if drafted as is this case with the league’s Most Valuable Prisoner in Minnesota T-Wolves double-double machine Kevin Love.

The Manu Ginobili-Cleveland Cavaliers nightmare proposes an interesting dynamic - a blue-collar community starving for an NBA Championship and a blue-collar winner who is more concerned with the team name on the front of the jersey rather than his name on the back.

Make no mistake about it, I don’t fault players like LeBron, Carmelo Anthony, Deron Williams, Chris Bosh, Chris Paul, etc. for wanting to play in a bigger market. It’s their prerogative.

But c’mon, San Antonio. Even though Manu will most likely be a lifelong Spur, we should celebrate his loyalty.

For my money, there isn’t an NBA player more exciting than Manu. He exhibits unbridled joy on the basketball court with a reckless abandon on both the offensive and defensive ends. He simply loves the game.

Cleveland deserves its own Manu. Someone who can both captivate and inspire, while remaining both humble and acutely self-aware.

There isn’t going to be another Manu. But, that’s what dreams are for.