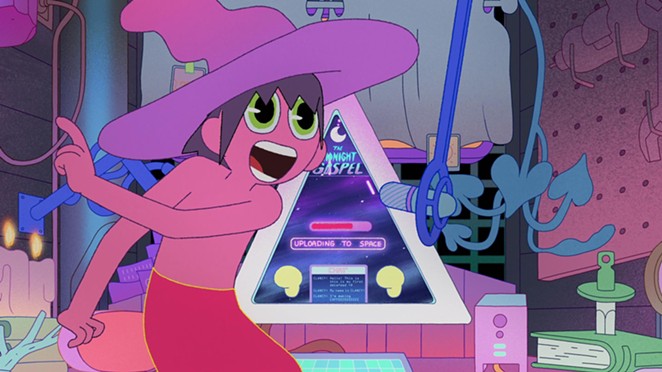 Twitter / NXOnNetflix
Come on and grab your friends, Pendleton Ward is back!

On Thursday, Netflix announced that its ordered a new series from the animator, screenwriter and voice actor behind Adventure Time and Bravest Warriors, which is slated to premiere in 2020.

Ward is collaborating with actor and comedian Duncan Trussell on the new adult animated series The Midnight Gospel, which will adapt interviews from the Duncan Trussell Family Hour podcast into "a psychocosmic adventure," according to a tweet by Netflix's geeky social media arm NX.

Ward and Trussell will serve as executive producers on the series.

According to Variety, the show will premiere with an eight-episode first season that includes animation by Titmouse Studio, which is also behind Netflix's popular Big Mouth series. The show will feature fictional interviews by a "spacecaster" named Clancy, who "leaves the comfort of his home to interview beings living in dying worlds."

Trussell and Ward previously collaborated on Adventure Time, on which Trussell played recurring character Ron James, a green wizard with a rectangular head.

Although Adventure Time's 10 season run on Cartoon Network ended in 2018, Ward also has four new Adventure Time specials in the works, all slated to premiere in 2020 on the new streaming service HBO Max.