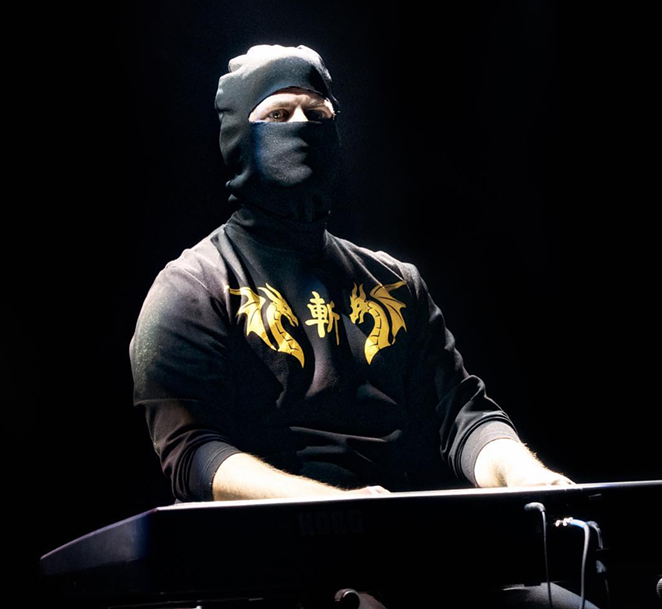 
Wecht is one half of the musical comedy duo Ninja Sex Party (NSP), who are releasing their sixth studio album, Cool Patrol, late next week. While the Luau Spectacular doesn’t include NSP singer Dan Avidan, Wecht will be accompanied by some of his other collaborators, including Canadian synthwave band Tupper Ware Remix Party (TWRP), musician and comedian JP Hasson (aka JP Inc.) and Oakland-based electro-funk group Planet Booty.

“It’s all sorts of weird shit that you normally don’t get to see at the NSP live shows,” Wecht said on a video he posted on Twitter two weeks ago. “If I’m being honest, it’s kind of a better show.”

As the lyrics from NSP’s new single “Danny Don’t You Know” go, “Now you’re on tour, and they want more/You step on stage and they come alive.”

Here’s to Ninja Brian and his hipster friends having the same effect during their stop in San Antonio.