Our Cultural Mythology: Reflecting on 40 Years of Wings Press 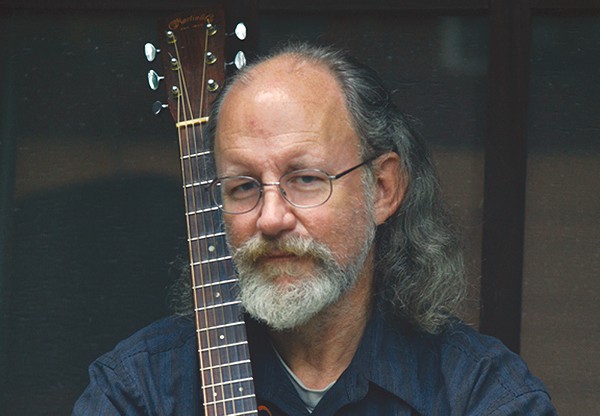 By the end of this year, local publishing house Wings Press will have published 18 books — including works by Naomi Shihab Nye, Dave Biggers, John Igo and Wendy Barker — while celebrating its 40th year of existence. Begun by Joanie Whitebird and Joseph Lomax in 1975, Wings has grown significantly and garnered well-deserved national recognition since 1995, when current editor Bryce Milligan took over. Milligan, something of a Texas renaissance man, runs the entirety of the operations at Wings while also finding time to write his own poetry, teach, make music, make instruments, review books, sculpt and so much more.

Needless to say, dude is pretty darn impressive. Perhaps the best part about Milligan and Wings is that they have consistently sought to publish work by writers who are underrepresented in published literature and to work with Texas writers whose works, in various ways, preserve our diverse cultural heritage.

From Tejana literature to literature embedded in the [email protected] movement, from game-changing memoirs to the surreal and heartbreaking poetry of the dispossessed, from fiction to kid's books to essays and extended non-fiction works — the 200-plus titles that Wings has published since 1995 represent the soul of Texas, and the essence of struggle, writ large.

The San Antonio Current caught up with Milligan

to discuss his endeavors with Wings and the press' 40th anniversary.

Can you tell me what about the founders of Wings has helped inspire you to continue and grow the press since 1995?

I met Joseph Lomax a time or two in the '70s, but Wings was located in Houston back then, and there were not that many opportunities for us to cross paths. He was always more interested in printing as an art form. Joanie Whitebird, on the other hand, seemed to be everywhere, and was more into counter-cultural literature, although she loved printing, too. The heart and soul of the American small press movement at the time seemed to be an organization called COSMEP — the Committee of Small Magazine Editors and Publishers. There was a somewhat infamous COSMEP conference in Austin in 1978, which is where I first met Joanie. We became friends because she had published Townes Van Zandt's songbook a couple of years earlier, and I'd known Townes from singing in the Rubaiyat in Dallas in the late '60s.

Whitebird once characterized Wing Press as "an informal association of artists and cultural mythologists dedicated to the preservation of the literature of Texas." I love the phrase "cultural mythologists." Can you unpack it for me a bit? Also, to what extent does the phrase describe you and/or the writers published by Wings Press post-1995?

That term was a Joanie original, and I've always had a soft spot for it. But I think what she meant by it was influenced by Marshall McLuhan's ideas — that those who create literature, i.e. the mythologists, are able to influence the culture. It was a different time. The counter culture of the '60s and early '70s felt very much as if we could change the world by creativity alone. By the early '80s, I was increasingly involved with the Chicano movement, which had a similar feel to it. Anyway, as to how all that applies to Wings Press, post-1995 — I still feel that literature can make the world a better place. There is a "mission statement" in the back of every book I publish. It reads, in part, that we believe that "writing is a transformational art form capable of changing the world, primarily by allowing us to glimpse something of each other's souls. We believe that good writing is innovative, insightful, and interesting. But most of all it is honest. As Bob Dylan put it, 'To live outside the law, you must be honest.'"

If I have a personal motto, it is that line from Dylan.

Tell me more about the transfer of Wings Press to you in 1995. Aside from the press having published your stuff, what motivated you to take up the reins and keep Wings Press going?

Joanie had pretty much run the press into the ground. She knew it but did not want to give up the press because she felt she would be letting down the folks who had helped her over the years. (Most of those folks were dead by then, but still ... ) She admired what I had done with a couple of literary magazines I'd founded and edited and produced, Pax: A Journal for Peace through Culture and Vortex: A Critical Review. She also liked my literary activism on behalf of Chicano literature. So she said I could have the press for $100, if I would swear to "keep it going." Joanie was very much into her Native American image of herself, so we split our palms in the backyard and I swore to keep the press alive. It was a very natural transition, pairing up with what I had done as a book columnist for the Express-News and the Light, with the lit mags, with starting and directing the Inter-American Book Fair and the Latina Letters conferences. 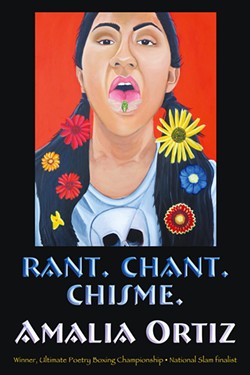 Over the years since 1995, you've branched out with the genres that you publish. Is this something you consciously decided to do, or did you just start getting more and more quality work submitted in diverse genres?

I have always published what I see as necessary work. That has a lot of breadth, and it can be seen as nothing more than "I publish what I like." But I'd like to think that there is more to it than simply idiosyncratic taste. A few examples: voices that have been traditionally marginalized, for whatever reason, and experimental work that a writer has found difficult to publish. Sometimes it is simply necessary work because it fills a void, whether that is local history (Maria Berriozabal's memoir or Carmen Tafolla's book about Emma Tenayuca come to mind) or a book helping kids do better science fair projects, or a book out about the Fukushima disaster less than a year after the event. But no matter what it is, the work has to have a high literary quality and be of some cultural value. (I would say cultural importance, but that would be verging on hubris.)

To me, the Word really is the most powerful thing in the world. I think of this every time I go to the post office and they ask if there is anything dangerous in my packages. I always say, "just words."

Can you approximate the significance of Wings' 40th anniversary to you? To our city?

If there is any significance to the fact that Wings has survived for 40 years, it is that it is a bridge in and of itself between the counter-cultural impetus of the small press movement of the 1960s and '70s and the new world of complete connectivity, instant access to information and a growing preference for e-media over paper.

As for the significance of the anniversary to the city, I don't know. I know that I once taught former Mayor Castro creative writing, and he felt that promoting a local poet laureate was an idea worth pursuing. Former city councilwoman Maria Berriozabal decided that Wings was the proper publisher for her memoir, Maria, Daughter of Immigrants. I've published some books that document important local history, like this year's Rosengren's Books, a history of the state's most important bookstore. But perhaps most important to the city is that I've published a lot of San Antonio writers, thus documenting the literary creativity of the city. 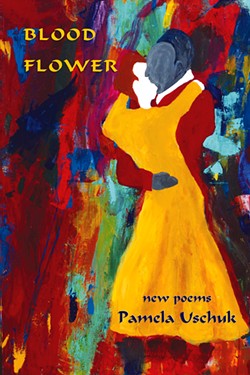 What are your hopes for Wings Press in the next 40 years?

I would like for the archives of the press to be permanently housed in a university library. I expect to be the publisher for another 15 years or so, at which time perhaps I'll be lucky enough to find someone to share a blood oath in the backyard with and pass it on.

We caught up with a few noteworthy literary figures and asked them to comment on Milligan and Wings' significance. Their outpouring of praise, briefed here, serves as a firsthand testament to an important legacy.

Dave Oliphant, founding editor of TCU's Prickly Pear Press, told the Current that, in his estimation, "Bryce Milligan has, almost single-handedly, nurtured Texas letters through his Wings Press. Without Bryce and Wings, many vital voices would have remained silent, in particular those of the Mexican-American writers and of the many mavericks who do not conform."

For her part, local icon, celebrated poet and Wings author Naomi Shihab Nye told us that she feels "very lucky that [Milligan] wanted to publish [her new book Famous]." She added that "Joanie Whitebird certainly made a great choice when she selected Bryce to carry on her dream."

American Book Award winner and Wings' author Jeff Biggers said that he's "amazed by [Wings'] defiant publishing audacity to carry stories across Texas, across borders, and across our imaginary times, whatever the cost."