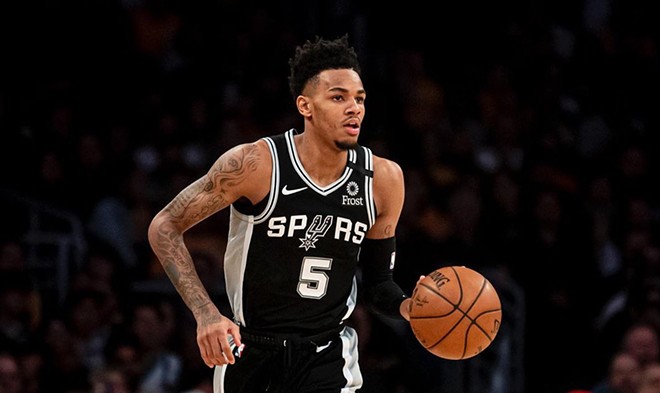 As part of the reported deal, the Hawks will send a 2023 first-round pick via the Charlotte Hornets as well as their own 2025 and 2027 first-round picks to San Antonio, those sources told Adrian Wojnarowski, the network's senior NBA insider.

The transaction also will include a 2026 pick swap, according to ESPN.

The swap appears to be a rebuilding attempt by the Spurs, who have struggled through recent lackluster seasons.

However, losing Murray, who's coming off a career-best season, is a significant sacrifice. The point guard posted averages of 21 points, 9.2 assists, 8.3 rebounds and 2 steals, according to Bleacher Report.

Italian player Gallinari is a 33-year-old NBA veteran who's spent time with the New York Nicks, Los Angeles Clippers and others before landing with the Hawks in 2020.