San Antonio Taco Wall Vandalized with "Grab Her By the Pussy" 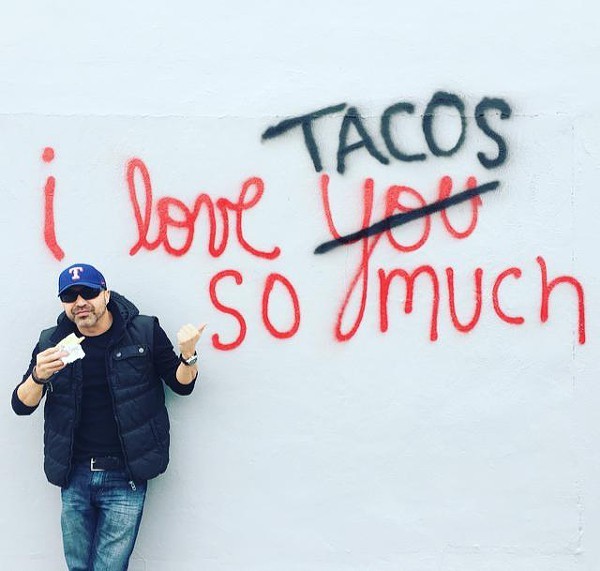 Luis Munoz/Instagram
This is why we can't have nice things.

The famous "I love  tacos so much" wall, which was first painted as part of an Instagram charity campaign by local director/producer Luis Munoz, was vandalized overnight with the following message: "'Grab her by the pussy' — Trump".

According to MySA, Mother's Window Tint owner Joe Calvey says he plans to file a police report and will restore the popular wall. But seriously: how many more times does that have to happen?