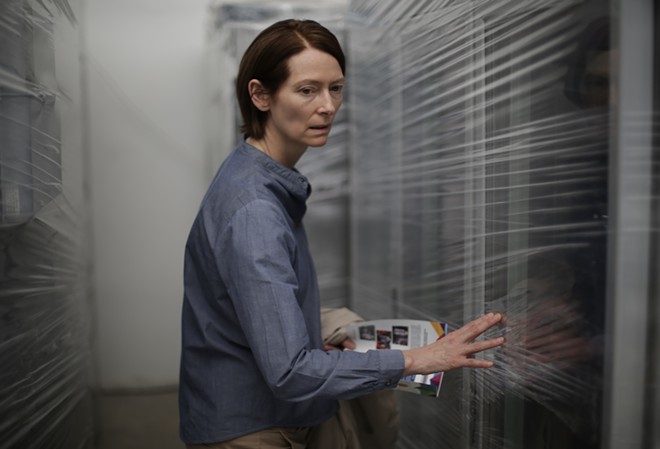 Actually, it's more of a thud that awakens Jessica (Tilda Swinton), an expat living in Bogotá, Colombia, and sets her on a journey to discover the origin of the mysterious booming sound that only she can hear. Jessica describes the sound as "a ball of concrete hitting a metal wall surrounded by seawater."

The film was inspired by Weerasethakul's own medical condition, exploding head syndrome, which WebMD describes as a sleep disorder in which an individual hears "a loud noise in the head upon waking up at night or during the wake-sleep transition."

To match its unconventional narrative, the film was placed on an unusual release schedule. Its studio, Neon, announced a "never-ending" release in the U.S., where the film would move "from city to city, theater to theater, week by week, playing in front of only one solitary audience at any given time."

Memoria was submitted as Colombia's entry for the Best International Feature Film at the 94th Academy Awards but wasn't selected.