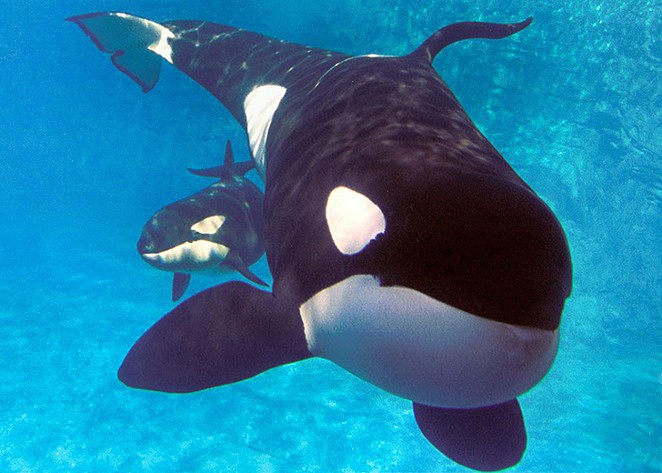 Courtesy of SeaWorld
This article was originally published by our sister publication, the Orlando Weekly.

After years of slowly updating the parks, SeaWorld has now confirmed that the final Shamu themed ride, the Shamu Express at SeaWorld San Antonio will be re-themed ahead of the 2019 season.

Both the Shamu Express coasters in Orlando and San Antonio will become updated with new ride vehicles and be renamed Super Grover's Box Car Derby.

In Orlando, the Shamu Express is part of the area where the new Sesame Street land is currently being built. This new land will see several current kiddie rides being rethemed along with the addition of new kiddie rides.

In San Antonio, the area around Shamu Express has had a Sesame Street theme for several years, though not nearly as extensive as the one slated for Orlando. SeaWorld San Antonio has seen an increase in the Sesame Street branding in recent years, including a Sesame Street parade that looks to be a precursor for the one which will debut in Orlando as part of the new land.

Long term rumors point to San Antonio eventually receiving the highly-detailed Sesame Street land that Orlando is receiving, though other rumors state that SeaWorld may instead bring a full Sesame Place theme park to the Texas market.

While the two coasters are not identical (the San Antonio one is a much shorter ride than Orlando’s), they are both from the same manufacturer and use the same style ride vehicles, so it makes sense for SeaWorld to rebrand both coasters at the same time.

This is just the latest in a long line of Shamu rebranding seen across the three SeaWorld parks. Starting roughly two years ago, the company began transitioning away from the Shamu mascot. The Dine with Shamu experience was rebranded as Dine with Orcas.

Last year in Orlando, the Shamu Emporium gift shop, the large retail store near the exit of the park, was remodeled and renamed the SeaWorld Store.

A more educational focused orca show was introduced in San Diego in 2017 with plans at the time to roll out the show to Orlando and San Antonio this year. Since then, the company has seen a significant overhaul to its leadership including having the CEO abruptly step down early last year.

Those shakeups have caused some to question if the plans for the new shows are still in the works. SeaWorld has remained silent on its plans for the show in Orlando and San Antonio, but behind the scenes other parts of the project that shift away from the Shamu and orca focused branding do still seem to be moving forward.

As part of the new show in San Diego, the Shamu Stadium was also renamed, dropping Shamu from the name. Both the stadium in Orlando and the theater in San Antonio still have the Shamu branding but with updates (not to be confused with the separate and now postponed Blue World project) likely headed to both of these aging stadiums/animal habitats in the coming years. It is expected that those two final remnants of the Shamu era will also be renamed.

Super Grover's Box Car Derby will open in San Antonio when the park begins its 2019 season on February 23. Orlando’s version will open this summer with the completion of the new Sesame Street land.