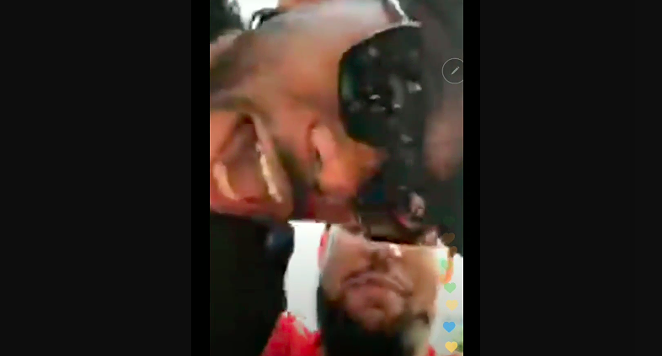 Raptor Fred VanFleet took to Instagram Live to show Toronto fans celebrating the team's first-ever NBA championship. And as he did, a voice can be heard making the comment, "It wasn't like this in SA, huh? Fuck Pop."

There are laughs, then Kawhi Leonard appears on camera and says, "They can't beat us 'til we quit."

A lot of Spurs fans considered that the exact kind of trash talk to expect from a robot.

Though the footage has expired from VanFleet's Instagram, it can be viewed below.

Naturally, the footage pissed off a lot of Spurs fans.

POP doesn’t know who Fred VanFleet is ... to say fuck Pop was RUDE AF and UNNECESSARY. He’s going to get his Karma soon.

Fred could have said its more live and popping here than SA.. sure.. but Fuck Pop? Nah son... I ain’t rocking w that. At all. Not even a little bit.

“It ain’t like this in SA huh?” “Fuck pop” “We ain’t gon do you dirty like that” Nah fuck you. I respected your bum ass until you brought up SA @FredVanVleet You don’t say dumb shit like that. Smh. @MySpursNation @TheRealSpursFam @spurs pic.twitter.com/ILxtYlEybY

“Fuck pop” was yelled twice on @FredVanVleet insta story with Kawhi being in the video. Dude still can’t keep our names out of his mouth even when he’s celebrating....sad really

Basketball fans and instigators alike are trying to figure out whether it was VanFleet or Jeremy Castleberry who dissed Coach Pop. Castleberry is a friend of Leonard's and previously worked for the Spurs. He was hired as part of the Raptors' coaching staff a few weeks after Leonard's trade.