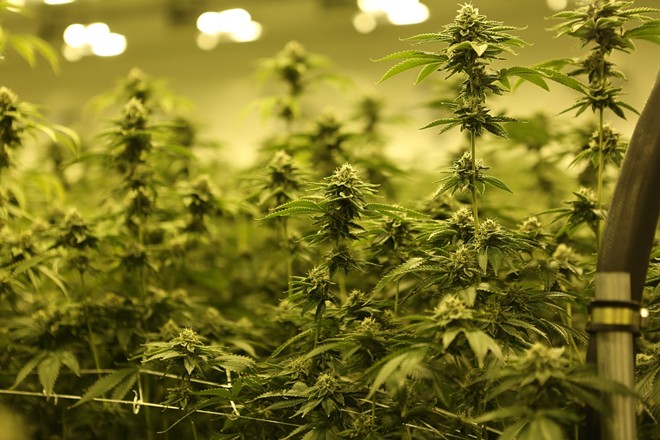 Texas hasn't exactly flung open the door for medical cannabis. Even after the legislature's recent expansion of the state's Compassionate Use Program, it remains one of the most restrictive in the country.

Meanwhile, a new NBC News report shows that Oklahoma, where voters four years ago fully legalized medical marijuana, is experiencing a weed-industry boom. The medical cannabis market in Texas' northern neighbor generated nearly $150 million in 2021 revenue, up 17% from the prior year, according to state data.

Since legalization, "dispensaries have become as ubiquitous as gas stations and churches in much of Oklahoma," NBC reports. State officials have licensed some 12,000 marijuana-related businesses, and about 1 in 10 people have medical marijuana cards.

Meanwhile, in Texas, just three companies are authorized to supply cannabis for the state's medical program, and the recently expanded guidelines still don't allow access to people with a variety of ailments. What's more, advocates argue dosages allowed under the program are too low.

Cannabis advocates and industry insiders have warned that if Texas waits too long to reform its laws, it will lose out on an economic windfall of millions, perhaps billions, as nearby states cultivate cannabis growing and retailing operations.

And just because marijuana remains illegal for most Texans doesn't mean they aren't obtaining it elsewhere — like across the state's northern border. Oklahoma grower Josh Blevins told NBC he and other growers regularly serve Texas customers who make the drive to purchase legal cannabis.

He added that wants to expand southward, assuming Texas ever allows it.

“My two states are Kansas and Texas,” he told NBC. “Texas being like the holy grail.”