Plenty of fish, shrimp and then some at Las Islas Marias 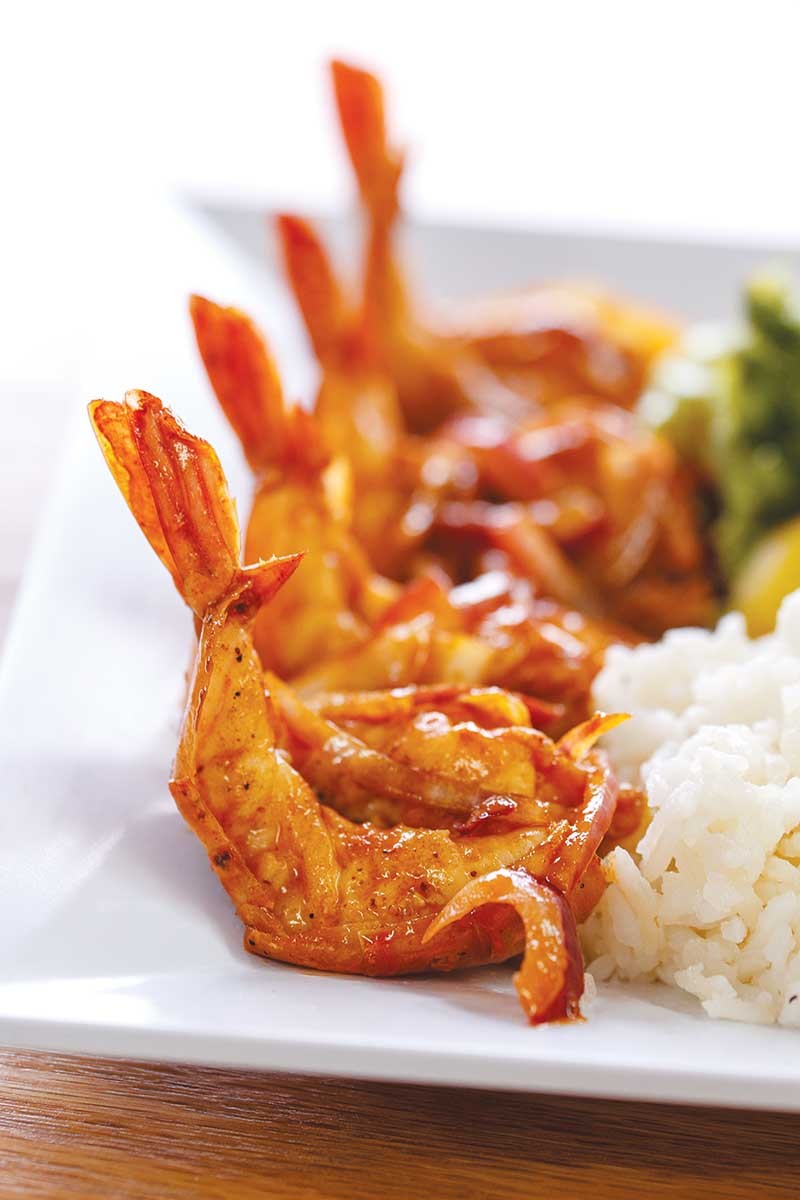 Casey Howell
You can’t go wrong with shrimp, any style

Las Islas Marias are three islands clustered off the coast of the Mexican state of Sinaloa. Only one, María Madre, is inhabited—and its denizens are mostly confined to a penal colony. LIM, the restaurant, is far from penal—and, especially on a weekend evening, anything but uninhabited. Don't be in a hurry. Take in the colorful, only quasi-beachy décor, complete with blown glass art pieces. And relish the fact that your wait for a table may be in the company of most of a soccer team and/or an extended family from babes in arms to feisty-looking grannies. Observation: Granny, too, likes her beer.

You should follow granny's lead; the margaritas are distinguished mostly by size and need lots of supplemental lime. But a cold Pacifico will pair magnificently with the unique, Jalisco-style ceviche that's a gimmie: finely chopped white fish, red onion, shredded carrot, crumbled queso blanco...and less lime than most renditions.

More conventionally citrusy is the ceviche de camaron with cucumber and tomato. And both are good spooned onto a crisp masa wafer with just a jot of the feisty green sauce that's nothing more than serrano chiles and lime. Add some of that sauce to the coctel de camaron y pulpo bathed in a juicy broth that's much thinner than the usual, ketchup-based variety. Prepare to be surprised (pleasantly, we hope) by shrimp and octopus served warm in the Mendigo cocktail. But as it's shrimp that shines in Sinaloan cuisine, expect more of them.

Ground to a paste and fried in a crisp masa shell, they are great as empanadas. Normally served in a salsa verde with thinly sliced cucumber, serrano and lime, the camarones aguachiles are also available here with a zingy red sauce—get that one. And as camarones zarandeados, butterflied in the shell and broiled with a buttery sauce smacking of Worcestershire or Maggi, they are exquisite. A similar sauce also elevates the cucumber-adorned charola de mejillones (mussels—green lip in this case) to unexpected heights. The more common pescado zarandeado, done here with red snapper, is also available and not to be ignored. Nor is the only fried fish item on the menu, the "chicharrones" de pescado. In other coastal regions, this dish would consist of fish parts fried to a chewy crisp, but not at Las Islas. What you get is a plate of delicately battered and expertly fried fish sticks; you'll never think of them the same way again.

Many dishes remain to be explored at LIM—all of the seafood soups, for example. And a couple of plates just for the name: camarones mómias ("mummy" shrimp wrapped in bacon and cheese), and deep fried camarones cucaracha (no translation needed). We can report on the pricy but opulent ceviche ejecutivo of shrimp with octopus and abalone—it's excellent. If you've run out of beer, order another. And if you need advice, ask one of the waitresses; they're just as feisty as any Pacifico-packin' granny and a lot of fun to interact with—Spanish not required but useful.