The study ranked cities on metrics including their number of barbecue joints but engaged in no actual barbecue tastings. Hmm. 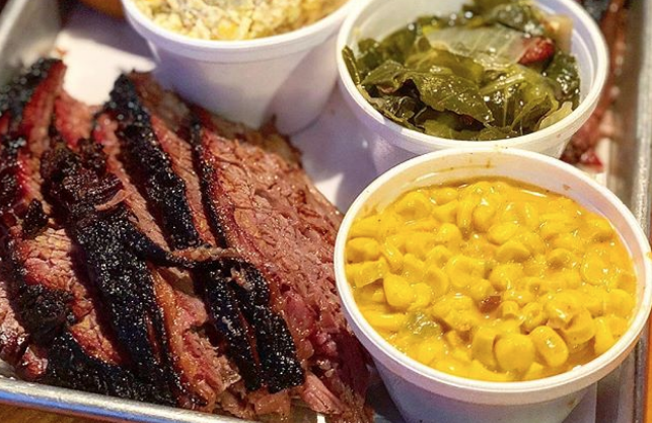 Instagram / jessy_eats
San Antonio, Austin, Houston, and Dallas all ranked among the top 20 cities with the best barbecue, according tot the detailed study.
In a move unlikely to quell bickering over which U.S. city has the best brisket and pork ribs, a new report has crowned San Antonio as the nation's best city for barbecue.

According to Clever, an online website that helps connect prospective homebuyers to realtors, the Alamo City beat out favorites like Dallas, Kansas City, and yes, even Austin as the top U.S. city for 'cue.

Clever's study ranked cities using an array of metrics, including the number of barbecue joints per 100,000 residents, average cost of meats and even the percent of resident income annually spent on the delicacy. Notably absent, however, were taste tests. So, there's that.

If you buy into the methodology — and that may be a big if for 'cue connisseurs — San Antonio and Austin took the No. 1 and No. 2 spots, respectively. Meanwhile, Dallas and Houston landed at No. 12 and No.18, respectively. With four cities in grabbing spots in the top 20, Texas took home the title as the state with the best smoked meats.

On the other end of the spectrum, Phoenix was named as the worst city for barbecue due to unusually high prices and its relatively few numbers of barbecue joints. Providence, Rhode Island and Pittsburgh, Pennsylvania also reportedly have lackluster barbecue offerings, according to Clever, which ranked them second and third to last, respectively.