Tenders to Track: We're keeping an eye out for these next-gen bartenders 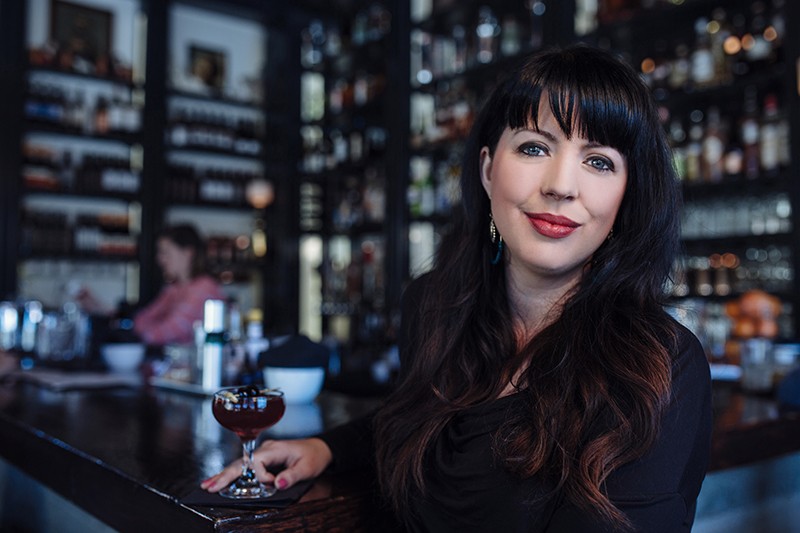 When it comes to cocktails, SA's scene is still very much on an upswing. As The Last Word gets into its groove, Mezcalería Mixtli gears up for a Mexican takeover of Olmos Park and Paramour readies for its opening in the near future, craft bartenders are keeping San Antonio palates abreast with new flavors and trends from across the country. For this year's edition of Drink, we're filling you in on three 'tenders who are pushing spirit boundaries at teensy distilleries, importing new-to-SA ways to imbibe and representing the city at one of the nation's most female-centered bartending competitions.

The name of the game is Speed Rack. Already in its fourth season, this speed bartending competition gathers female 'tenders across the nation (this season's stops include events in New York, DC, Chicago, San Francisco, Seattle, Los Angeles, Denver and Dallas) and pits them against each other with 100 percent of the proceeds going toward breast cancer research and education.

For Janessa Flowers, a four-year member of the industry who relocated her talents from Brooklyn to our fair city, participating in the event—which takes place Wednesday, January 14 in Dallas—has been a few years in the making.

"I've been a total chicken the last couple of years. I didn't think I was ready and this year I was like, 'You know what, I just have to do it,'" Flowers says, while working the bar at Barbaro. "It's more about the experience and wanting to be a part of it. It's such a cool concept."

She won't be the only one submitting to Speed Rack's agility and efficiency tests. Lis Forsythe, program director at Barbaro and Miss Speed Rack Austin for Season 3 (and wild card for Season 2, when she went head-to-head with Miss Speed Rack San Antonio Karah Carmack, of Hot Joy), along with Zulcoralis Rodriguez, of The Esquire Tavern, will also be making the trek to Dallas.

Flowers, who met Forsythe at a previous Speed Rack nationals in New York, is plenty dexterous—she first dipped into craft cocktail-making after almost 10 years as a hairdresser.

"There were some amazing bars in New York that I'd go to after getting off my hairdressing shifts," Flower says.

Thankfully, the trades are similar.

"You get to make people's days better when they come to your bar after work, whether they're in a bad mood, they just got fired, or they just broke up with their boyfriend, you can pick up their day and that's an awesome part of this job," Flowers says.

She likens the two passions once more, as both require long hours, a personal relationship with clients and creativity.

"People always pay homage to the classics—you've got a Vidal Sassoon bob and you break it up a bit and make it your own. It's the same thing with this," Flowers, a fan of big, boozy, brown and stirred 'tails, says.

For her part on this winter menu, which she says Forsythe has encouraged her to collaborate on, Flowers helped build recipes for the Chai Chai, My Darling; Miss Ohio; and the Golden Yen.

For the Chai Chai, My Darling, Flowers combines chai-infused rum with a hint of Ancho Reyes liqueur for a spicy, warm, wintry take on a rum Old Fashioned.

But Speed Rack means accuracy and immediacy. Twenty finalists will enter and they'll swiftly be narrowed down to eight. Four judges call out classic cocktails based on a list of 60 and contestants battle each other two at a time for braggin' rights. In order to commit most recipes to memory, Flowers used flashcards, but she also worked on recreating each of the 60 'tails before the competition.

"I've been watching Speed Rack videos ... I think it's going to be one of those things you're not really going to know until you get there," Flower says, while discussing how organization and keeping ingredients at arm's length is key. That and not spilling your drink.

Her month's worth of prep time came over the holidays when she and Forsythe held practice rounds at Barbaro—yes, "Eye of the Tiger" was on full blast to help recreate the intense, but party-friendly environment of all Speed Rack contests where just about any classic cocktail goes.

"When you get up there, you draw a blank 'cause of what's going on," Forsythe chimes in.

Who the judges are also tends to punch up performance anxiety—last season's judges included King Cocktail Dale DeGroff himself, along with Houston's Alba Huerta (who opened the heavily lauded Julep last year).

"The judges will always be people you want to make a good drink for ... I'd rather be slow and make balanced drinks for my first year competing," Flowers says. —Jessica Elizarraras