Red wines of the Côtes du Rhône, especially those from the southern end of the valley, have long been personal favorites, but I didn’t know why until I read the following recently: Wines of the Rhône “offer an animalistic sort of pleasure”… and “put us in touch with our primitive selves.” (Mary Ewing-Mulligan and Ed McCarthy) Yikes. And here I thought it was that they were generally bold, good with robust foods, and most often affordable — at least when compared to the tonier appellations of Bordeaux and Burgundy.

That price point ranged from about $13 to $32 (the prices given are rough averages), and many in the panel agreed that the best bang for the buck came from the Côtes du Rhône Village wines, those just a step up from the basic CdR appellation. If the scores were unusually tightly grouped, however (and only one wine didn’t make the 13/20 cutoff, while another was corked and thus not judged), that doesn’t mean there weren’t wide swings in opinion; at one point a seasoned taster was challenged by another to defend his low score for a wine everybody else had appreciated. And you thought these were dry, academic exercises.

Our host for the tasting was savvy sommelier Sam Miller of Kirby’s Prime Steakhouse, and we conducted our operation in their handsome private room at the end of the bar. (The setting might have tempered our baser instincts.) Filling in for a taster who couldn’t make it at the last moment was Steve Leonard, Kirby’s General Manager and self-professed “everyman” taster, plus Stephen Ethridge of Glazer’s Wholesale’s Domains and Estates division, who happened to be hanging around and was pressed into (willing) service.

None other than Robert Parker calls Châteauneuf du Pape the most important appellation in the Rhône, and it is surely the flagship wine of the valley’s southern reach. Rhône wines are usually divided into the syrah-focused northern portion, with its Continental climate, and the
grenache-based blends of the Mediterranean south. CduP can contain up to 13 grapes, some of which are white. The only wine not to make the cut, however, was a tarry Châteauneuf (sorry, Bob), but this only suggests that it deserves its own category at a future date. (Sorry for another reason. This wine occasioned the best descriptor of the tasting: “Diapers” — pre, not post — said Miller, evoking a Huggies latex quality.)

Miller found kirsch and ripe cherry flavors, Ethridge detected easy-drinking carbonic qualities of the sort expected in Beaujolais, and Baker countered with whole fruit — with none of Beaujolais’ bubble gum, he insisted. All agreed, however, that this would be a perfect introduction to the region for hedonistic California cab drinkers. If this is you, rush right out.

Omniboire found cherry and pepper in this wine, but others went even farther. “Crazy wild fennel and sweet new lavender,” enthused Baker; “earth on the nose, plus meat and pepper” on the palate claimed Ethridge. “Nothing stands out, and there’s a puckery, dry finish,” groused Miller — which is what makes a panel interesting. To add to the controversy, on the basis of retasting the dregs a day later, I would have moved this up to the top slot.

This wine is representative of the highest level of wines from the broad Côtes du Rhône appellation, namely the Côtes du Rhône Villages, and within this category there are several that are allowed to use specific village names. Rasteau is one such place and the ’04 Perrin Côtes du Rhône Villages Rasteau L’Andéol placed a solid third. “Savory’ popped into my head,” said Leonard. “Jammy and roasted,” suggested Baker, who further offered that “fruit tends this way in that village.” Miller found a little roasted coffee bean as well, all of which suggests consuming with hearty stews or grilled meats.

E. Guigal’s 2005 Côtes du Rhône scored on the basis of its “burnt, reductive quality” if we are to believe Miller — and there’s no reason not to. “These rough tannins are typical Guigal, and I don’t mind them in this category,” said Baker. “Rough…” Did he really mean primitive and animalistic? If so, you go, Joe.

Vinsobres is a village just given its own appellation in 2005, and it is a place in which syrah is characteristically added to the blend. The 2005 Perrin & Fils Côtes du Rhone Villages Vinsobres Les Cornuds we tasted was, in fact, a blend of 65-percent syrah and 35-percent Grenache, and I gave this wine a 20/20 — something I almost never do. (Maybe I’m a closet Northern Rhône guy after all. If anything, it also gained on retasting a day later — a luxury the other panelists didn’t have.) Omniboire was the only one to be quite so enthusiastic about its spice and faint tar, however. “Ripe fruit and burnt oak,” opined Miller. “Herbes de Provence,” thought Leonard.

Crozes-Hermitage is the largest Appellation d’Origine Contrôlée in the Northern Rhône, and from it we tasted the 2006 Les Meysonnieres Crozes-Hermitage, the most expensive wine in the lineup. Miller found funky blue cheese on the nose, Ethridge labled it “different” (and rightly so), and Baker allowed as how “this would be difficult for a neophyte to appreciate”— yet this was another wine that smoothed out considerably on later tasting.

The only real ringer in the tasting, the California Crozes copy, was the clumsily named 2006 Morgan Cotes du Crow’s Monterey, errant apostrophe and all. (It’s 55-percent syrah and 45-percent grenache.) Ethridge, who came in late and didn’t get the full spiel, expressed astonishment that this could be an Old World wine — and, of course, he was right. Leonard got dill at first, Baker thought “there are a lot of Monterey veggies going on,” and Miller detected a roasted quality with low acid. Omniboire admits to actually liking its big, blackberry nose, all the while suspecting it was the odd wine out in this blind tasting.

The other tie for number six was Chapoutier’s 2006 Belleruche Côtes du Rhône, a normally dependable wine at a good, $16 price. Omniboire found it suppressed on the nose, yet Miller labeled it an “overripe fruit bomb” with “cotton candy” aspects. “Bubble-gummy,” seconded Baker. “Meandering” thought Ethridge. “Not offensive but nothing to write about,” summed up Leonard, which neatly explains its last-place rating. •

Exceptional, snap it up

Extremely good, seek it out 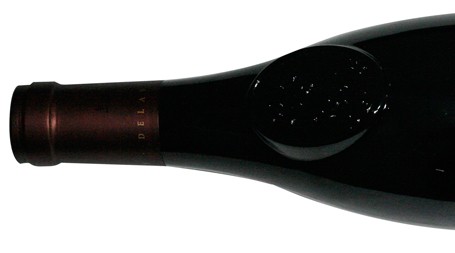