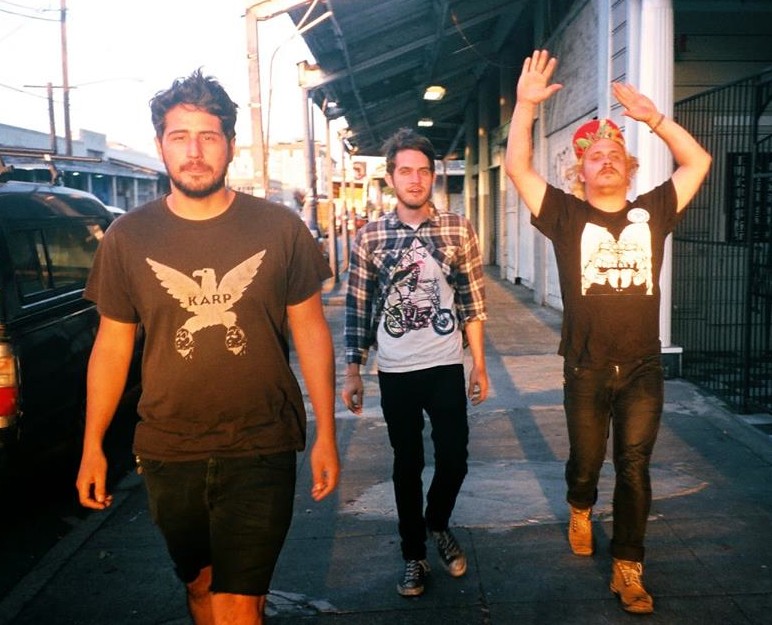 In the itty-bitty lull between SXSW and the Maverick Music Festival, there's the Burger Records Hangover Fest at the Korova this Sunday. James Woodard gives a rundown of nine untamable bands you have to hear. Read his full review,  Burgers Records Brings its Hangover Fest to Town.

LA’s Together Pangea sounds like Ariel Pink’s lost high school garage band, before he hid under his rug and smoked whatever he found down there. Simple, catchy and fun pop tunes with a totally destroyed 4-track aesthetic.

Austin’s Holy Wave, in my never-so-humble-opinion, is one of the best garage-psych bands in the scene right now. Their songs have an atmospheric depth that most bands in the genre can’t touch. Their new record, Evil Hits, is a must-listen for fans of the genre.

Surf’s up, and it’s Nickelodeon-green-slime-colored.  Super catchy surf rock, and appropriately, a bunch of the songs are instrumental. It sounds like the soundtrack to some long-lost Hannah-Barbera surf cartoon,“Surf Hippie Mysteries starring Johnny and Hadji.”

Fletcher C. Johnson is pretty all over the place, but in a good way. Imagine a twangy, 50’s influenced songwriting style imbued with folk, surf, and a little bit of Motown flava.

Scary lo-fi country. This is the kind of shit you’d be listening to in the 8-track deck of your 70’s Chevy Van when you make the mistake of picking up a hitchhiker that turns out to be the Hippie Ripper, who promptly sacrifices you to the Devil during a days-long acid binge.

Dirty Few is that musical equivalent of that gross taste in your mouth after you drink a warm Coors Light, in a good way. If you like songs about parties, broken down mopeds, pizza parties and parties, this might be your favorite new band.

Here's a buncha boyz from Brazil doing some killer psychedelic pop. I don’t think their name has anything to do with boogers, but nevertheless,these guys are definitely worth getting to the show early for.