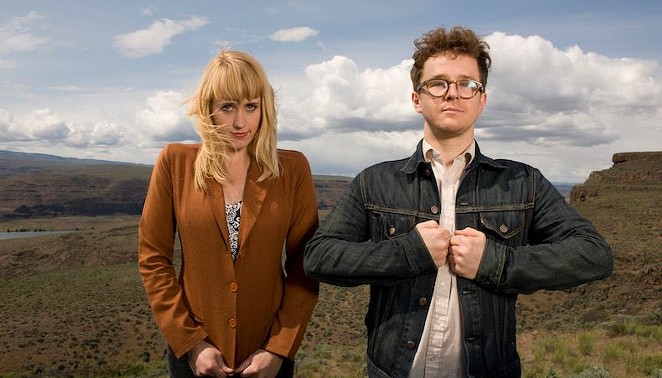 Blending elements folk and Americana into contemporary rock and dream pop, Wye Oak formed in Baltimore, Maryland in 2006. A short two years after coming together, they inked a deal with the fairly large independent label, Merge Records, in 2008, leading to run of phenomenal records before this year's Tween, the group's fifth studio album.


The fact that founding Andy Stack and Jenn Wasner, who will perform at 502 Bar next Thursday (9/22), are still playing, recording, and touring is actually no small feat, considering the duo came close to calling it quits after their critically acclaimed album, Civilian, in 2011. Geography kept them apart, making it hard to develop more material. But they persevered and released Shriek in 2014, an album that took Wye Oak's sound in an entirely new direction. The result: an angelic fusion of music that will sound great blaring out of the 502's stellar sound system.