On Thursday, Nov. 3, San Antonio's Lonesome Rose will host Bremner and his touring group Rockfiles for a master class in shaking all over. 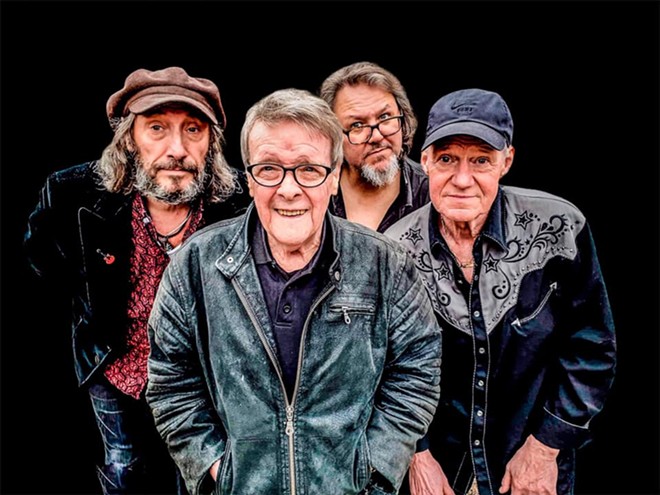 If you're a rock fan, you have likely heard Billy Bremner's guitar playing, even if you don't know it.

One of the greatest six-stringers to emerge during the new wave era, Bremner was a member of legendary UK group Rockpile and did session work with Little Richard, Johnny Cash, Paul McCartney, Ringo Starr, George Harrison, Brenda Lee, Elvis Costello, Duane Eddy and Huey Lewis to name a few. Need another frame of reference? He played the lead guitar lines on the Pretenders' "Back on the Chain Gang," arguably one of the best rock songs of the '80s.

On Thursday, Nov. 3, San Antonio's Lonesome Rose will host Bremner and his touring group Rockfiles for a master class in shaking all over.

While with Rockpile, an outfit formed by Nick Lowe and Dave Edmunds — iconic British rockers in their own rights — Bremner was enmeshed in the UK's 1970s pub rock scene, whose unfiltered, no-frills approach flew in the face of bloated major label excess and prog-rock pontifications. While similar in spirit to punk, the stripped-down subgenre eschewed the former's nihilism and found inspiration in the early spirit of rock 'n' roll.

Rockpile's sole album, 1980's Seconds of Pleasure, was the culmination of the pub rock movement and an instant classic. After the group's breakup, its members continued to collaborate on projects together.

For the tour hitting SA, Bremner's Rockfiles will perform selections from Seconds of Pleasure as well as other classics spanning the guitarist's career. Expect to hear plenty of timeless-sounding tunes that crackle with both rock energy and pop hooks — all with Bremner's punchy yet tasteful guitarwork leading the way.

San Antonio power pop band the Krayolas will open the show. The pairing is a reunion of sorts since the Krayolas once opened for Rockpile on an early string of dates. Indeed, it was Rockpile that introduced the band to the phrase "best riffs only," later nicked for an album title.