Let's jazz up our Black History Month with some cannabis 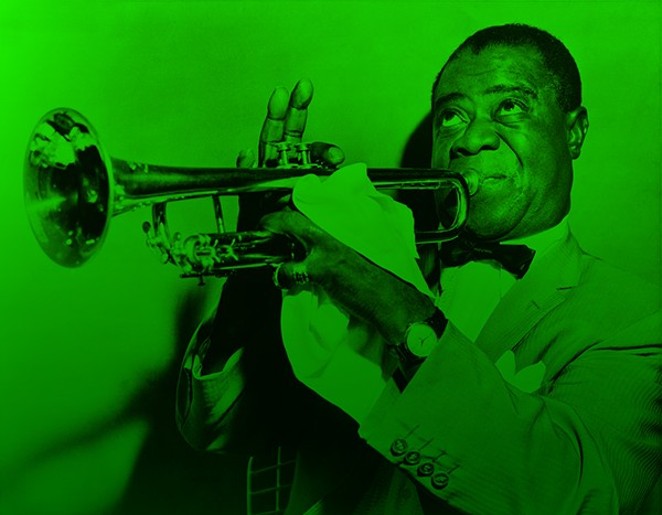 Library of Congress
Louis Armstrong was fond of the leaf.
For better and mostly for worse, due to prohibition and the War on Drugs and more, marijuana has been tied to communities of color. But there is one shining example of marijuana being a huge positive influence: jazz.

Jazz has been recognized as America's only original art form. While that shining light emerged as a melding of African and European music (and a Spanish tinge), it was definitely percolated in communities on the darker sides of town. And many of them were smoking what later became known as "jazz cigarettes."

Take New Orleans, for instance. Louis Armstrong, the first American jazz superstar, used marijuana. Jelly Roll Morton, who falsely claimed that he had invented jazz, started playing in sin palaces where sex, alcohol, marijuana, drugs, and gambling ruled as a teenager. He lived in them after getting kicked out of his grandmother's home, and his music is riddled with sly references the goings on in those houses.

This is not to say that every jazz musician gets high, but a lot of the most influential musicians who set the early standards did.

New Orleans was also an big entry point for marijuana and users into the United States. Caribbean immigrants largely entered the country through New Orleans and in the early 1900s brought their weed with them. New Orleans became a favored spot for sailors passing through, and the party was on.

The point is that jazz as we know it was nurtured in an environment where marijuana was common and legal. National prohibition of marijuana didn't start until 1937. Jazz happened 25 to 30 years earlier. This is not to say that jazz would not have happened without the weed, though it may have been different.

To be fair many in blues, rock, hip-hop, reggae, and more have carried the banner. Snoop Dogg turned it into an art form. But none of them has been declared America's only original art form.

Jazz is... and as I said, those folks was getting high.