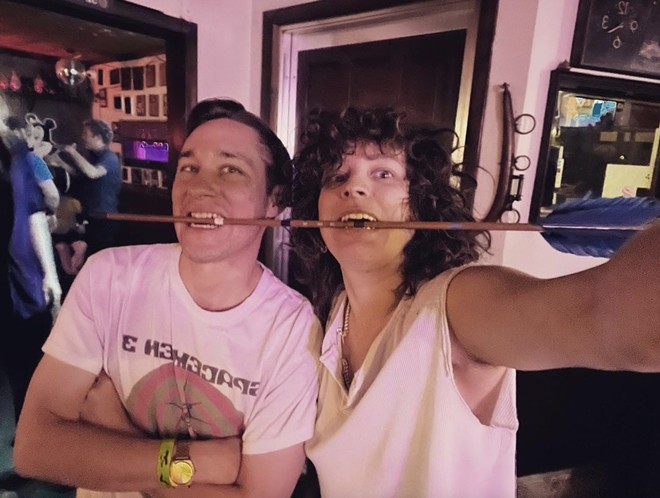 Summer in San Antonio is going out with a bang, not a whimper — at least when it comes to live music.

This week, fans can take their pick between a pair of solid underground rock gigs, a  performance by country superstar Luke Bryan and shows from two Latin artists bound to get audience members up and dancing.

Formed in 2015, Death Bells emerged as a potent underground force by blending garage rock with post-punk. The duo's most recent album, Between Here and Everywhere, perfectly captures that blend. The well-traveled act started its musical journey in Sydney, Australia but relocated to Los Angeles, even managing to release a live album recorded on Bombay Beach on the Salton Sea. $14-$17, 7 p.m., Paper Tiger, 2410 N St. Mary's St., papertigersatx.com. — Enrique Bonilla

One he most celebrated country artists of the 2000s, Luke Bryan has racked up high-profile awards including the Academy of Country Music Award for Album of the Decade – the first release to land that honor. Initially a songwriter for some of Nashville's biggest acts, the singer has evolved into an icon of modern country. Openers Riley Green and Mitchell Tenpenny both specialize in a similar brand of American pop-country. $40.75-$950, 7 p.m., AT&T Center, 1 AT&T Center Parkway, (210) 444-5000, attcenter.com. — EB

During the '90s, Dimas Lopez played his first duet with Oscar Ivan Treviño at a restaurant in Roma, Texas, setting the groundwork for the two to create the internationally renowned Norteño and Tejano act Grupo Duelo. With influences from both Mexico and Texas, Duelo's loyal fanbase has powered a career that's included 17 studios albums, the most recent of which is 2021's infectious and danceable Cumbias Para Bailar. $54.45-$245 8 p.m., Majestic Theatre, 224 E. Houston St., (210) 226-3333, majesticempire.com. — Danny Cervantes

Some musical artists like to leave it all out there for the fans, letting listeners wade through their enormous catalogs to separate the wheat from chaff. Those folks have nothing on Los Huracanes del Norte, the long-running Norteño act that's released an astounding 900 songs. Granted, the band formed in 1969 under the name Los Cuatro del Norte, so it had some time to work on tunes rather than dropping all of them onto Soundcloud over one weekend. Los Huracanes continue to draw crowds based on hits including "Nomas Por Tu Culpa" and "Vole Muy Alto." $53-$128, 8 p.m., Aztec Theatre, 104 N. St. Mary's St., (210) 812-4355, theaztectheatre.com. — MM

A Giant Dog, Think No Think

Self-described as performers of songs "by, for and about the losers, the freaks and outcasts," Austin indie rockers A Giant Dog deliver an intoxicating cocktail of glam, punk and garage rock. Formed in 2008, the raucous outfit got a boost a few years later when Spoon frontman Britt Daniel brought it along on tour with his own band. Acclaimed indie label Merge later signed A Giant Dog and put Spoon producer Mike McCarthy at the mixing desk for its 2016 release Pile. In 2019, the band released a full cover of Arcade Fire's album Neon Bible. $15-$18, 8 p.m., Paper Tiger, 2410 N. St. Mary's St., papertigersatx.com. — DC