This week, San Antonio is playing host to musical heavyweights, but don't sleep on a diverse array of lesser-known touring acts. 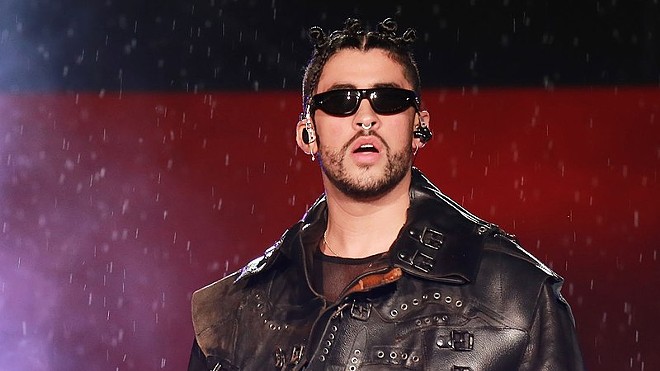 This week, San Antonio is playing host to musical heavyweights.

Latin trap superstar Bad Bunny is expected to draw 50,000 fans to the Alamodome on Wednesday, while Pitbull will hustle his way into the AT&T Center Friday. And, as if that's enough star power, ubiquitous actor Kevin Bacon also will perform a sold-out show Friday at historic Gruene Hall as half of the Bacon Brothers.

But don't sweat it if big names and big venues aren't your thing. Your varied live-music options include a multicultural indie-rock act, the most successful non-winner of Puerto Rico's televised singing contest Objetivo Fama and a Spanish-language rapper who isn't afraid to flaunt his bong.

Puerto Rican Latin trap megastar Bad Bunny's meteoric rise from Soundcloud to the Super Bowl shows no sign of slowing, especially after the release of his latest album Un Verano Sin Ti. In between Corona commercials with Snoop Dogg and WWE wrestling appearances, he managed to garner two Grammy awards and rank as Spotify's most streamed artist of 2020. Beyond that, Bad Bunny has been praised for his support of Puerto Rico's LBGTQ+ community and its efforts to rebuild after Hurricane Maria. Expect the Alamodome to be shaking to the plumbing. $244-$6,000, 7 p.m., Alamodome, 100 Montana St., (210) 207-3663, alamodome.com. — Danny Cervantes

In press materials, indie-rock act Jenny and the Mexicats describe themselves "multicultural," which may be underselling things. The band members hail from places as far flung as Spain, Mexico and England. Jenny herself switches between deep, raspy vocal tones to soft airy melodies as she sings in Spanish, which isn't even her native language. Not to mention, she plays a mean trumpet. $20-$145, 8 p.m., Sam's Burger Joint, 330 E. Grayson St., (210) 223-2830, samsburgerjoint.com. — Brianna Espinoza

Kany García is considered the most successful non-winner of Puerto Rico's televised singing contest Objetivo Fama. Although a car accident scrapped her chances of winning on the show, she has since won six Latin Grammy Awards and been nominated for three Grammy Awards. Slow, heartfelt songs fill out García's catalog, and her emotive vocals ensure there's not a dry eye in the audience. $34.50, 8 p.m., Aztec Theatre, 104 N. St. Mary's St., (210) 812-4355, theaztectheatre.com. – BE

Grammy-winning rapper and singer Pitbull is best known for tracks such as "Timber," "Time of Our Lives" and "Give Me Everything." His dance floor domination is only matched by his commercial exploits. In addition to his numerous endorsements and his own Sirius XM Channel, he recently became co-owner of a NASCAR racing team. Iggy Azalea joins the global superstar on the pair's second consecutive tour. The Australian rapper will, no doubt, get "Fancy." $19.95-$780, 8 p.m., AT&T Center, 1 AT&T Center Parkway, (210) 444-5000, attcenter.com. — DC

In July, actor Kevin Bacon — he of the six degrees — and his brother Michael dropped their 11th release as musical duo. The five-song EP Erato is big on the Bacon Brothers' signature sound of forosoco — an amalgam of folk, rock, soul and country that's been their specialty for some 25 years. The duo's short run of Texas dates is to promote the release. Opener Lauren Lucas is a South Carolina-based singer songwriter who specializes in a tender brand of country music. Sold out, 7 p.m., Gruene Hall, 1281 Gruene Road, New Braunfels, (830) 606-1281, gruenehall.com. — Enrique Bonilla

Though his music is en español, Aleman cites old school MCs including Notorious B.I.G., Ice Cube and Snoop Dogg as influences. A profile of the artist in the magazine Forbes included three paragraphs about the size of the bong he was smoking during the interview. If that's not a mark of success, we don't know what is. And — get this shocker — he also considers B-Real from Cypress Hill a key influence. $20.25-$70, 8 p.m., Aztec Theater, 104 N. St. Mary's, (210) 812-4355, theaztectheatre.com. — Mike McMahan