Mutemath keeps the faith…to themselves 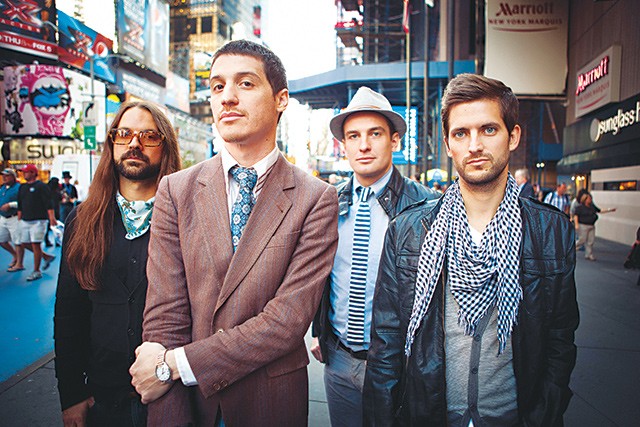 Even though singer Paul Meany comes from openly Christian (and short-lived) outfit Earthsuit, New Orleans’ Mutemath is not the type of band that flaunts its Christianity in your face.

“Mutemath’s music is certainly not Christian-rock,” drummer Darren King told Minneapolis/St. Paul’s City Pages in 2012. “It’s in a much better place where it can exist beyond those limitations and restrictions.”

The superb Odd Soul, the band’s third album (and first without original guitarist Greg Hill), was released in October 2011, and they headline Saturday’s show at Josabi’s.

“Although we’re not classified as Christian-rock, our music is spiritual and can go either way,” King said in 2012. “Everything we’ve ever been raised in — all of our experiences — it all comes into play when we start writing.”

Not only do they keep their faith to themselves — they even sued their label, Warner Bros., in 2006 for marketing them as a Christian band. Need an extra reason to love these guys? I’ll give you two: they’re tremendous live and, according to their Facebook page, they keep a photo of the Beatles nearby “for intimidation and inspiration.” Take that, Creed.