The trio will perform in Los Angeles as it vies to play Wacken, which draws around 85,000 people. 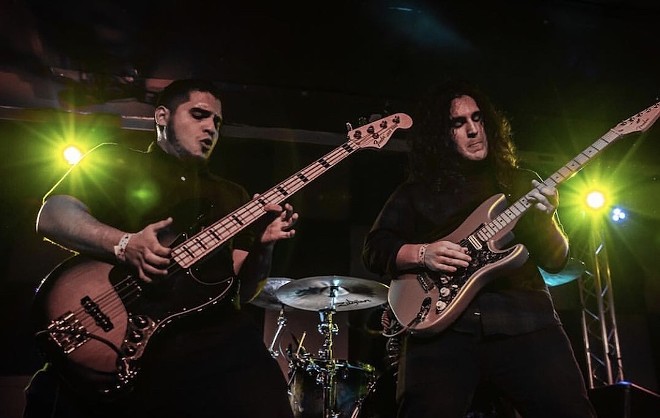 The trio won a Wacken-sponsored San Antonio battle of the bands in February, then aced Texas' state finals Sunday in Austin. The next stop is Los Angeles' famed Viper Room for the May 7 finals, at which bands from all over the U.S. will vie for a slot at the fest.

Wacken draws around 85,000 fans annually, making it one of the biggest music gatherings in the world. This year's installment, which runs Aug. 4-6, will feature headliners including Judas Priest, Slipknot, Lacuna Coil and Death Angel.

As part of the annual W:O:A Metal Battle, bands compete to represent their countries in a 30-country grand finale at the fest, according to contest rules. Groups at that throwdown will be judged by "respected local music industry representatives" and get a shot at cash prizes, in case anyone wonders.

San Antonio metal outfit Nahaya made it to the Metal Battle finals in 2019 but fell to San Diego's Monarch, who landed that year's Wacken slot. The festival was scrapped in 2020 and 2021 due to the pandemic.