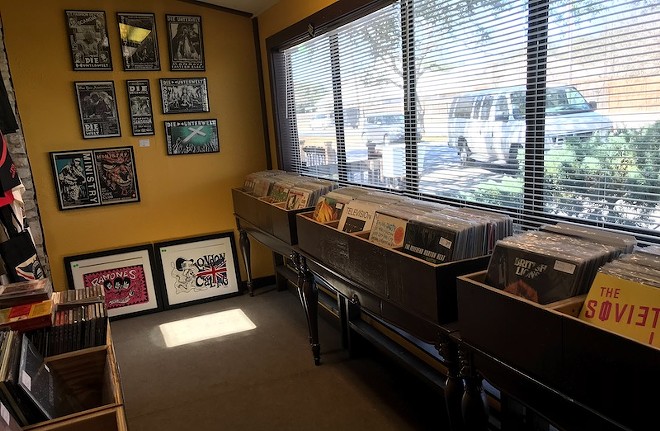 Courtesy Photo / The Corn Pound
Flagship Records is one of the businesses operating at the new Corn-Pound facility.
Cowpunk musician and Saustex Records honcho Jeff Smith is trying on yet another ten-gallon hat: that of real-estate impresario.

Smith, frontman for the Hickoids, will hold a weekend-long grand opening for The Corn Pound, a Windcrest space he bills as a "new arts facility and retail space serving San Antonio's underground rock 'n' roll community." Those familiar with the Hickoids know that corn features prominently in the band's aesthetic, including the names of releases such as We're In It for the Corn. 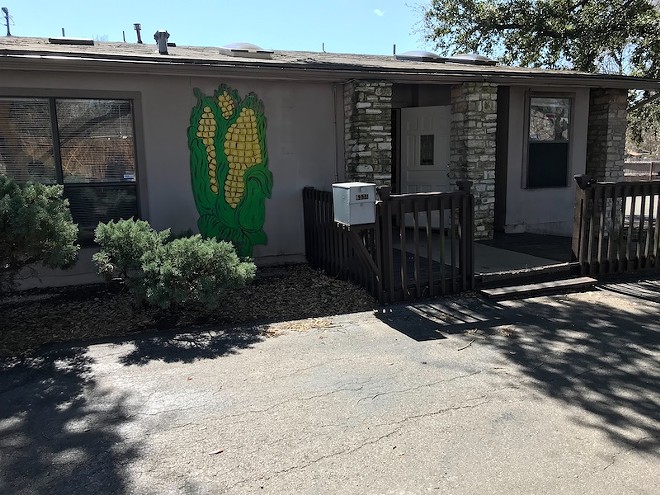 Courtesy Photo / The Corn Pound
The Corn Pound is located in Windcrest.
As for the "retail" part, the compound is home to Flagship Records, a shop focused on '70s, '80s and '90s punk and underground vinyl and merchandise, along with vintage clothing boutique Vivintage Threads.

Coinciding with the opening, Tex Pop In Exile will feature the exhibit "Blame It on the Beatles," which highlights the Alamo City's '60s and '70s garage rock scene. Fourth Wall Broken will open a show of works by Ed Hamell, best known for his folk-punk musical alter ego Hamell on Trial. Oscar Moreno
San Antonio musician Harvey McLaughlin is among the performers christening The Corn Pound this weekend.
And, as to be expected, Smith has booked musical entertainment for the Friday, March 4-Sunday, March 6 opening ceremonies. The free performances include:
The Corn-Pound is located at 6336 Montgomery Drive.