The single 'Possum Kingdom' made the album a staple of the grunge era. 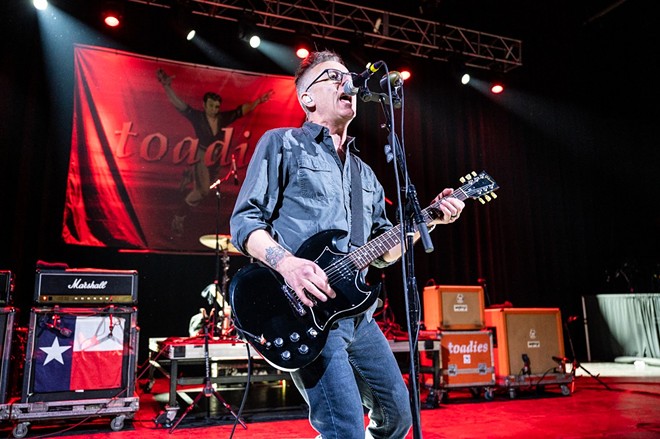 Jaime Monzon
Toadies are no strangers to San Antonio, having played here regularly over the past few years.
In what's become a signature move for musical acts of a certain vintage, Fort Worth’s Toadies will take the stage Wednesday, Dec. 28 at the Aztec Theatre to perform Rubberneck more than 25 years after the album’s breakthrough.

The trend of performing full albums live has swept from the Gin Blossoms’ New Miserable Experience to U2’s Joshua Tree, and it includes next year’s much anticipated Postal Service reunion for Give Up.

Rubberneck floundered when Toadies' label, Interscope, initially tried to push the band as a metal act. But the single “Possum Kingdom” eventually erupted into the mainstream via a creepy MTV video. The song became inescapable that summer, and drove Rubberneck to sell more than a million copies.

The song’s guitar riff and the declaration, “Do you wanna die?” endure today as staples of the grunge era.