As Democrats divebomb, the Texas Legislature remains as white and male as ever 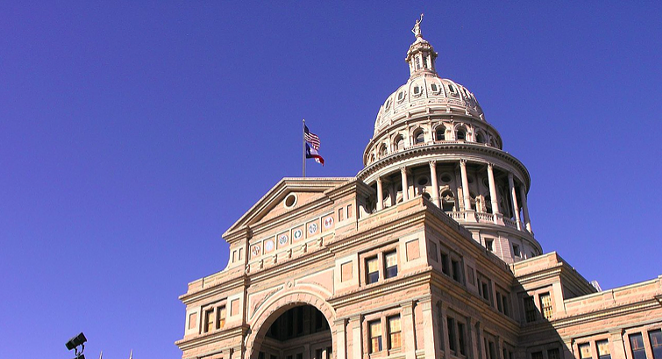 Wikimedia Commons / Daniel Mayer
Senfronia Thompson, a long-time Democratic legislator from Houston, was one of the first to throw her hat in the ring for House Speaker when it appeared in November that her party might finally take control of the Texas House of Representatives.

Thompson, one of the co-founders of the Texas Legislative Black Caucus and an outspoken advocate for women’s health for decades, joined the Legislature in the 1970s, before women could even apply to receive their own line of bank credit. This election cycle, she seemed to be a favorite to become the first female speaker in Texas history. With more than two dozen races labeled as competitive by political scientists like the Baker Institute’s Mark Jones, it seemed possible that Texas Democrats could pick up nine seats needed to seize the majority.

But that’s not what happened on Tuesday night. Democrats seem to have made no net gains at all—winning one seat but losing another both in the Houston area. Though results are not final, Republicans appear to have maintained their 83-67 advantage.

That means the power remains with the GOP, whose side of the Legislature is both overwhelmingly male and white. A whopping 79 of Texas’ 83 Republican legislators (both incumbents and newly elected lawmakers) identify as white and non-Latino. That’s 95 percent in a state where only about 41 percent of the population is Anglo.

If current election results hold, Texas will have just four Republican legislators of color: two Asian Americans, one Black, and one Hispanic. Only six will be women. Meanwhile, on the Senate side, as Jones notes, the Texas GOP delegation will, with the defeat of Senator Pete Flores, “return to being 100 percent Anglo, though it’s more diverse in terms of gender.” Flores, who was the only Republican Senator who identifies as Hispanic, lost to Roland Gutierrez, a Hispanic Democrat.

State Rep. Senfronia Thompson (standing) was one of the first Democrats to express interest in becoming House speaker when some thought her party might flip the chamber.
If current election results hold, Texas will have just four Republican legislators of color.


By contrast, many of the Republican challengers competing in this year’s battleground state house races in places like Harris, Dallas, and Collin counties were more ethnically and racially diverse. Jones says the Texas GOP actively recruited and supported those candidates to target Democratic incumbents or to better compete in open seats. Some were successful. Republican Party leaders tapped Jacey Jetton, an Asian American businessman, who won an open seat in highly diverse Fort Bend County.

Diversity was a hot topic in that Fort Bend County race. Jetton defeated another challenger there only after the Republican incumbent, Rick Miller, a white male, dropped out. Miller had been criticized for declaring in 2019 that his opponents were only running because they were Asian, and later lost the endorsement of Governor Greg Abbott. Soon Jetton, an accountant and small business owner, will be the Legislature’s first Korean American member.

Meanwhile, all six Republican women in the Texas House defended their seats on Tuesday, and most emerged unscathed. Angie Chen Button, who holds an increasingly competitive district in Dallas, survived a challenge in part by speaking out for health care and by touting her upbringing as the daughter of Taiwanese immigrants. Chen Button remains the only Republican woman of color in the House. The only Republican female incumbent to lose, Sarah Davis of Houston, was a powerful pro-choice moderate who had long been praised for her efforts to improve or protect state funding for women’s health and for domestic violence shelters. Davis was defeated by another Anglo woman, Ann Johnson, a Democrat with a solid track record as a prosecutor and attorney in Houston.

Jones says Texas Republicans realized that they also needed to recruit more female candidates in 2020 to challenge more diverse Democrats and “provide them with an edge, as they help to counteract the party’s growing gender gap whereby Texas women of all ethnicities and races are more likely than men to vote Democratic.”

In one such race, they recruited a female Republican activist, Lacey Hull. Hull, who is white, beat Akilah Bacy, an African American Democrat, for another open seat in Harris County.

But one woman’s defeat of another does nothing to improve gender diversity in the Legislature.

The apparent victory of Hull, the Republican’s hand-picked Houston challenger in a tight race with Bacy, provided no real improvement in women’s voting power among Republicans. With Davis out, the Republicans still have only six women in the House. In other races, women did pick up a net gain of four seats for a total of 38 in the House and Senate.

But the overall representation of women remains low—worse than it was a decade ago.

In 2009, Texas women lawmakers hit an all-time high of 43 in both the House and Senate combined. (That’s still less than one-fourth of the total membership.) Back then, funding of family planning programs seemed noncontroversial. But a tea party insurgence that followed the 2011 election of President Obama introduced a new wave of mostly white and more conservative male lawmakers. 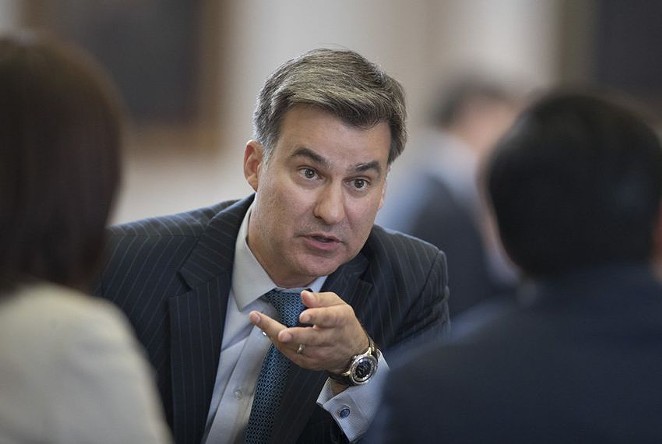 Twitter / epbusiness
San Antonio's Roland Gutierrez beat Pete Flores in a Texas Senate race.
One woman’s defeat of another does nothing to improve gender diversity in the Legislature.


On the Democratic side of the state Legislature, both women and people of color are better represented. Last session, the majority of the Democratic members of the Legislature identified as Black, Hispanic (mostly Mexican American), or Asian: 54 out of 67. Nearly half, 28, were women and most of them identify as women of color.

Harris County Democratic Party Chairman Lillie Schechter, who has worked on campaigns for many women over the last decade, had hoped to see more progress this year both for women and for all Democrats. But she said she’s unsure what lessons should be learned from the wins and losses in this year’s elections, given the pandemic’s huge impact on voters and on campaigns. One bright spot, she says, was that “we did have women outvote the men in huge margins in Harris County, which is still incredible. So our electorate is more female than male,” even if many of the elected representatives are not.

Given Tuesday’s results, it’s doubtful that the path and power of the state’s nearly all-white and conservative Republican lawmakers will alter much. Legislators will soon head into a session where a new surge of COVID-19 cases will force more focus on overwhelmed public health programs. Faced with dwindling tax revenues, veteran legislators and advocates alike say that finding any funding for women’s health will once again be an uphill fight.

Senfronia Thompson could not be reached for comment this week about her own own predictions for the upcoming session. Meanwhile, Republicans may have already picked their new speaker, Beaumont Representative Dade Phelan, yet another white male. In 2018, Thompson was candid in an Observer interview about the racism and sexism she’s faced in her decades at the Capitol. “I tell God all the time, ‘These sons of bitches make me so mad, I want to cuss them out, ooh Jesus,’” she said.