Does Google Work for the State Department? 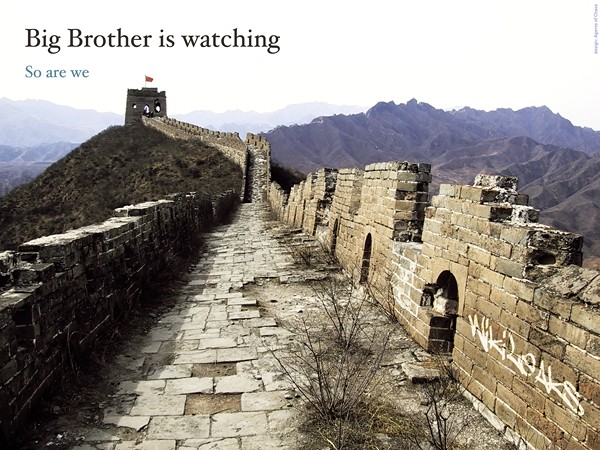 Wikileaks
A new book by Wikileaks founder Julian Assange alleges Google is collaborating with U.S. government spy agencies.
A recently published exchange between Julian Assange of WikiLeaks fame and Eric Schmidt, the mastermind behind Google’s success, confirmed what skeptics of the world’s largest information empire have long suspected; Google has forgone its mission to “to organize the world's information and make it universally accessible and useful” in order to pursue its own profit-driven agenda concerning international politics.

In layman’s terms, Assange explained in his new book When Google Met WikiLeaks, that the champion of two conflicting beliefs regarding the internet’s purpose—that it should be based on freedom and statelessness versus being used to “connect non-Western countries to Western companies and markets”—will determine the future of the worldwide web.

Assange points out that Google, despite its claim to prioritize the culmination of knowledge for all, “was accepting NSA money to the tune of $2 million to provide the agency with search tools for its rapidly accreting hoard of stolen knowledge.”

Simply put, it seems Google’s ability to culminate a massive arsenal of both public and private data from unwitting parties has been utilized by the United States’ government; simultaneously, the government is allowing Google to develop an internet service empire in order to use Google as a shortcut for illicit surveillance, according to Assange.

As if to underscore the depth of Google’s almost symbiotic relationship with the government, Assange reveals that “emails obtained in 2014 under Freedom of Information requests show Schmidt and his fellow Googler Sergey Brin corresponding on first-name terms with NSA chief General Keith Alexander about [the EnduringSecurity Framework],” a program dedicated to the transmission of important information—primarily information relating to political unrest in the Middle East—from the Silicon Valley to the Pentagon’s various agencies.

But possibly the most significant takeaway from Assange’s documentation of Google’s unsavory business activities is the company’s potential to homogenize the diverse landscape of the internet.

“Whether it is being just a company or ‘more than just a company,’ Google’s geopolitical aspirations are firmly enmeshed within the foreign-policy agenda of the world’s largest superpower,” Assange writes. “As Google’s search and Internet service monopoly grows, and as it enlarges its industrial surveillance cone to cover the majority of the world’s population, rapidly dominating the mobile phone market and racing to extend Internet access in the global south, Google is steadily becoming the Internet for many people. Its influence on the choices and behavior of the totality of individual human beings translates to real power to influence the course of history."

Newsweek published an excerpt from Assange's new book, which was published by OR Books.