Fire Sale: Both San Antonio’s Tenants and Landlords Are Bracing for COVID-19’s Turmoil 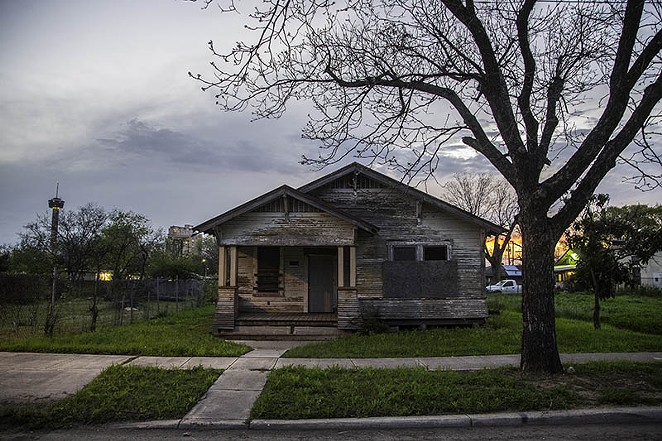 J. Michael Short
The national economy is crumbling at its fastest pace on record. In a mere two weeks, 10 million people applied for unemployment benefits, with many millions more unemployed expected to file later this year.

The looming specter of economic depression has become a significant threat to the real estate industry and both renters and landlords. Small, middle-class investors face risk from the turmoil to come, as both their jobs and passive income evaporate.

Seth Teel, a broker and local real estate investor, usually receives his tenants’ payments on time. But, last Thursday, the day after rent was due, he hadn’t received a single check. As a landlord, Teel tries to work with his tenants by setting up payment plans.

“And, you know, they are not being paid a living wage,” Teel said. “I can weather a couple of months without payments. Unfortunately, I can’t file for eviction.”

Teel has one tenant he wants to evict due to non-payment, opening the unit for a more stable renter. However, because of the ongoing COVID-19 crisis, Bexar County has temporarily halted eviction hearings. With no rent coming in at the moment, that may be the least of Teel’s problems.

“I paid my bills this week and last week, and I had way more going out than coming in. In March, things just started to slow down. April is going to be even worse.”

Teel is preparing 60 days at a time. That’s how long he believes his business can survive without rent payments. After that?

“Push comes to shove, if I can’t work with lenders and can’t get a small business loan, I’ll go back to brokerage and put the properties up for fire sale.”
As one can imagine, the potential flood of desperate sellers dumping properties on the market later this spring is frightening for folks relying on their equity to survive the crisis.

Renters have even fewer options.

Trae, who asked his surname be kept private, is a resident of Cevallos Lofts in Southtown. The single father lives with his son, 6, and daughter, 8. His rent is $680 per month after government assistance.

After two job losses this year, Trae has been unable to pay his rent and now faces eviction.

“We have nowhere to go from here,” he said.

As a last resort, he had hoped to move into his parents’ house, but that option is no longer available. His mother just lost her job, and his father is facing reduced hours. And his sister will be moving back into their parent’s house after her life in Hawaii fell apart from a divorce.

“It’s a nightmare. A lot of places I’m looking to live have a long waitlist, a year, or two years because I’m low-income. I can’t even pay application fees,” he said. “The one place I found [accepting low-income] is not allowing move-ins because of COVID.”

Trae is selling his belongings and waiting for the eviction process to proceed once the courts reopen. For now, he continues to look for a new job and a place for his children to live.

If the crisis continues much longer — the expected peak of San Antonio’s COVID-19 spread may still be weeks out — Trae says his last option will be to live on the street.

“I’ve been homeless many times in my life after the Navy,” he said. “It’s not news to me.”

Kenny Wilson is a former banker and current CEO of the homeless shelter Haven of Hope. He hasn’t seen an increase in homelessness yet, but he expects that to change soon.

“We’re full,” Wilson said of the shelter’s capacity. “Unless the city and the state work something out, there’s going to be a backlog of delinquencies and an influx of people out of their homes.”

Wilson is facing reality head-on. The shelter and care facilities he manages, with the help of more than 200 employees, serve as the primary safety net for approximately 1,700 homeless individuals.

“It’s one thing to say we’re not going to evict anybody, but landlords have rights, too. They have to make money,” Wilson said. “Most of those income properties have mortgages.”

For now, Haven for Hope doesn’t have additional room and resources if a massive wave of the newly homeless people seeks out its services.

The full medical and economic catastrophe hasn’t even started in San Antonio. The city and county could see thousands of fatalities before the current wave of infections subsides.

The cascading effect of so much death and economic disruption has the potential to crush the local real estate and rental market, leading to countless foreclosures, evictions and increased homelessness.

Wilson summed up the dire situation: “There are so many tenants and mortgagees out of work they won’t be able to pay. But you got to get a stand-down for everybody from top to bottom. The knee bone is connected to the shin bone. It’s all connected.”