Former Hitman from San Antonio Won't be Executed This Week 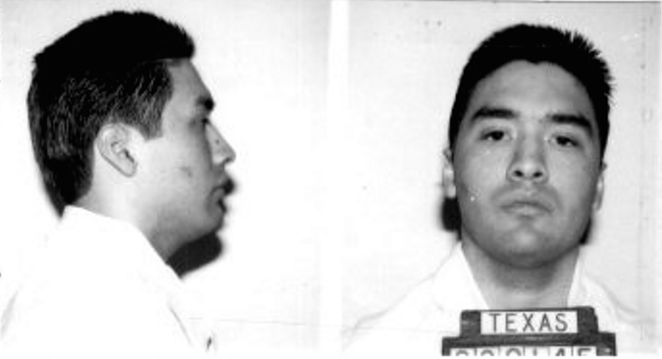 Texas Department of Criminal Justice
A confessed hitman who murdered a San Antonio woman in 1992 won't be put to death Wednesday.

The Texas Supreme Court granted a stay of execution for Rolando Ruiz, 45, who killed 29-year-old Theresa Rodriguez in a murder-for-hire plot. The Texas Supreme Court put the execution on hold as it takes up legal claims from Ruiz, who says he had ineffective assistance during the punishment phase of his trial. Ruiz's current legal counsel claims his lawyer during his 1995 trial failed to investigate mitigating evidence, namely that abuse he allegedly suffered as a child led to substance abuse that made it difficult for him to distinguish between fantasy and reality, according to The Forgiveness Foundation, a Christian ministry organization.

Michael Rodriguez was also part of the Texas 7, a group of inmates who escaped from prison in 2000 and went on a crime spree that included the murder of police officer Aubrey Hawkins. The inmates took employees and a few inmates as hostages and eventually raided a gun tower, stealing ammunition and guns before making their break. They were on the loose for more than a month. Michael Rodriguez was executed in 2008.

However, just because Ruiz's execution was halted doesn't mean the Texas Supreme Court agrees with his ineffective legal counsel argument. It just means the court wants to take more time to consider it and there is no timeline for when it will rule, the San Antonio Express-News reports.