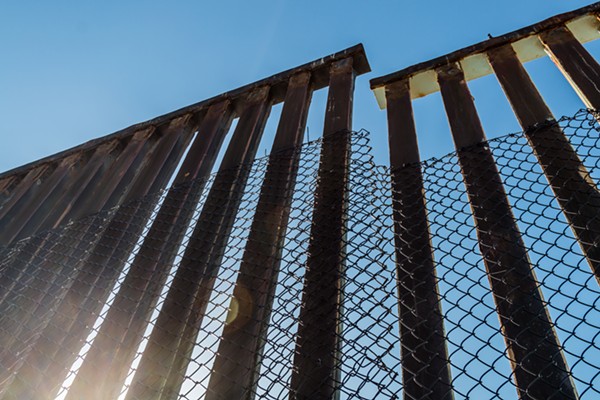 Shutterstock
While Barack Obama and George W. Bush are frequent targets of President Trump's Twitter tantrums, his decision to send National Guard troops to the U.S.-Mexico border is straight out of the previous presidents' playbooks.

And judging from those deployments, Trump's game of sandbox soldiers will carry a hefty price tag. Likely in the billions.

Bush sent troops to the border in 2006 and Obama in 2010. Both times, the moves came as the presidents urged Congress to pass big immigration-policy overhauls

Neither of those overhauls went anywhere, of course. And the soldiering didn't come cheap. According to a 2011 report from the Government Accounting Office, Bush spent $1.2 billion to send as many as 6,000 troops, while Obama doled out $145 million for as many as 1,200.

Trump last week said he wants to send up to 4,000 National Guard members on the border, which would put his deployment closer in size to Bush's. (That's the one with the $1.2 billion price tag, if you're keeping score at home.) According to Texas officials, 250 of the state's National Guard troops have already been mobilized to help out.

So, who's going to pay for it?

Not Mexico (which has yet to flick a single peso Trump's way for his much-ballyhooed border wall). Instead, Defense Secretary Jim Mattis has confirmed that the Pentagon will be writing the checks.