Griner was transported to Brook Army Medical Center's reintegration center upon her arrival. 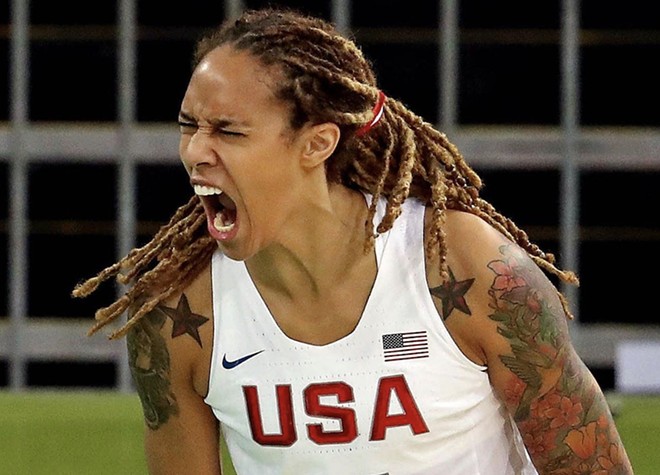 The two-time Olympic gold medalist was smiling as she stepped off the plane at 4:30 a.m., the Express-News reports. Following her arrival, she was transported to Brooke Army Medical Center’s reintegration facility, where she will receive any necessary medical treatment.

In February, Griner was arrested at Moscow’s Sheremetyevo Airport after customs officials allegedly found vape canisters continuing cannabinoid oil in her luggage. In August, she pled guilty to the charges and was sentenced to nine years in a Russian penal colony. She spent 294 days in Russian custody, according to the daily.

The basketball star was released in a prisoner swap between the U.S. and Russia on Thursday, in which the Biden administration handed over notorious international arms dealer Viktor Bout.

In a statement, Griner's family offered “sincere gratitude” to President Joe Biden and his administration for their efforts in bringing her home, according to the Express-News. It is unclear how long Griner will be in San Antonio before returning home to her family.