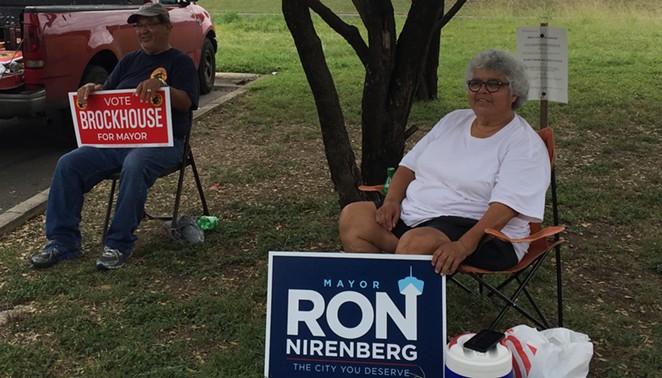 Sanford Nowlin
Editor’s Note: The following is City Scrapes, a column of opinion and analysis.

Thirty years ago, Gary Cartright in Texas Monthly dubbed San Antonio’s historic King William area the “snootiest neighborhood in Texas.” Whether accurate or not then, the King William area has managed another distinction far more recently — in the May 4 citywide election it produced the greatest winning vote margin for Mayor Ron Nirenberg, excluding a small number of precincts with very small total votes. Nirenberg garnered an impressive 82.1% in precinct 4018, which includes King William and the adjacent “Baja King William” area.

Nirenberg’s showing in King William was far from random. A number of inner-city neighborhoods that have seen recent growth and new development also produced impressive margins for the incumbent mayor. Just west of King William and the river, in precinct 1001 encompassing the South Flores area, Nirenberg secured more than 81% percent of the mayoral vote. In precinct 1008, the Lavaca neighborhood east of King William and south of Hemisfair, the Nirenberg vote came in at just under 81%. And in the Monte Vista precinct of 2055, the Nirenberg percentage was an impressive 79.8%.

Where Nirenberg’s first-place finish in the May mayoral race was built on these overwhelming margins in the inner city near downtown, the surprisingly close second place finish of Greg Brockhouse reflected very different support. Brockhouse gained a substantial 70.6% of the vote in precinct 3059, the area just northeast of the U.S. Highway 281-Loop 1604 intersection bisected by Redland Road. He managed 68.4% percent in a part of Stone Oak between Stone Oak Parkway and Wilderness Oak. Well to the east, along 1604 between Nacogdoches and Toepperwein in precinct 4104, Brockhouse secured 67.5%. And in the far west precinct 2098, the Hidden Meadow neighborhood at 1604 and Culebra, the Brockhouse vote came in at 68%.

The split between the inner city and the outer city is a striking and dramatic one. And it represents a significant change in mayoral voting patters. San Antonio city races have long been divided along racial and ethnic lines, with voters seemingly choosing a mayoral candidate on the basis of their last name. But that pattern began to change in 2015, when Ivy Taylor succeeded in winning the mayor’s office in the runoff against Leticia Van de Putte. Taylor’s win relied in large part on support from the North Side, particularly among conservative voters. Indeed, for the statistically inclined, there was a significant positive correlation between Taylor’s precinct vote and the percentage for Donald Trump in the 2016 presidential election. In contrast, the support for Van de Putte and the Trump margin came in at an impressive -0.73 correlation.

The voting in the May mayoral election looked very much like that 2015 race. The vote for Brockhouse showed a strong positive relationship — a correlation of 0.62 — with the support for Trump in 2016. Nirenberg’s vote looked much like that of Van de Putte, with support from close in Hispanic areas and the near downtown neighborhoods.

Some observers have attributed Brockhouse’s surprising finish to a “Chick-fil-A effect” — a response by conservative, often evangelical, North Side voters to the mayor’s support for denying Chick-fil-A a place in the city’s concessions at San Antonio International. For others, the “outer city” vote for Brockhouse is a response to progressive policy initiatives, like the city’s climate action plan. There may well be some substance to both of those factors. But the larger reality is that the partisan political division that marks both the nation and the state of Texas has obviously found its way into San Antonio’s ostensibly nonpartisan mayoral race. When an incumbent mayor like Nirenberg gains the endorsement of the Castro brothers and the backing of the Texas Organizing Project and the Texas Democratic Party, the focus on the city and local needs easily get blurred, if not fully sidetracked.