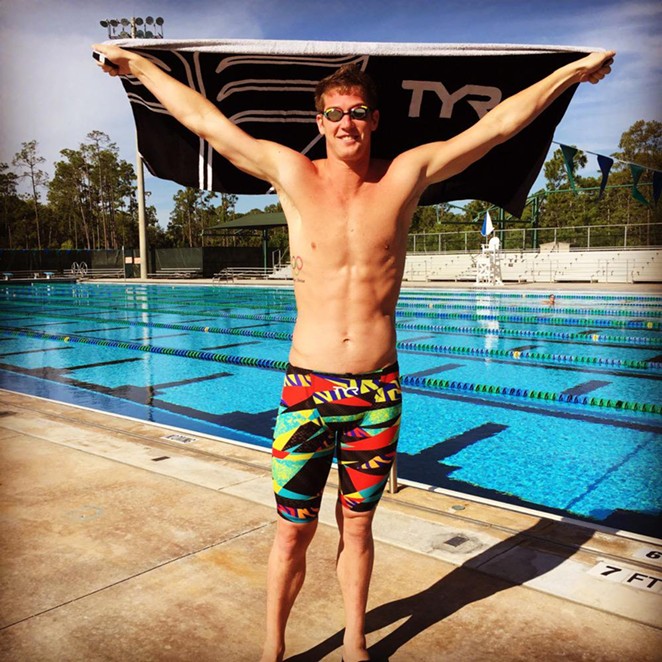 Jimmy Feigen | Twitter
More and more doubt is being cast on four U.S. swimmers, including a San Antonio native, who claimed they were robbed at gunpoint in Rio over the weekend.

U.S. gold medalist Ryan Lochte claimed on social media that he, Gunnar Bentz, Jack Conger and Jimmy Feigen, a Churchill graduate, were accosted by armed robbers early Sunday morning while they were traveling in a taxi back to the Olympic Village in Rio after a late-night party. According to Lochte, the swimmers were targeted by men posing as police officers when they stopped to use a bathroom at a gas station.


Turns out those the men were actually security guards — not robbers. ABC News is reporting that a Brazilian police source told the television station that "one of the swimmers was seen on CCTV footage breaking down the door to the bathroom at the gas station and fighting with a security guard." On Wednesday, Lochte told NBC News that after using the bathroom, their taxi driver wouldn't move when two men approached them with guns and badges.

While this whole robbery-in-Rio story is facing increasing scrutiny, Feigen insists it is not a fabrication. "It sounds like people assume we're guilty," he told the Express-News Thursday morning. Feigen, along with Conger and Bentz, are now unable to leave Brazil while police investigate the incident. Lochte was somehow able to leave the country already and is reportedly back in the United States.