The sculpture is an offering by the founders of cryptocurrency Elon Goat Token. 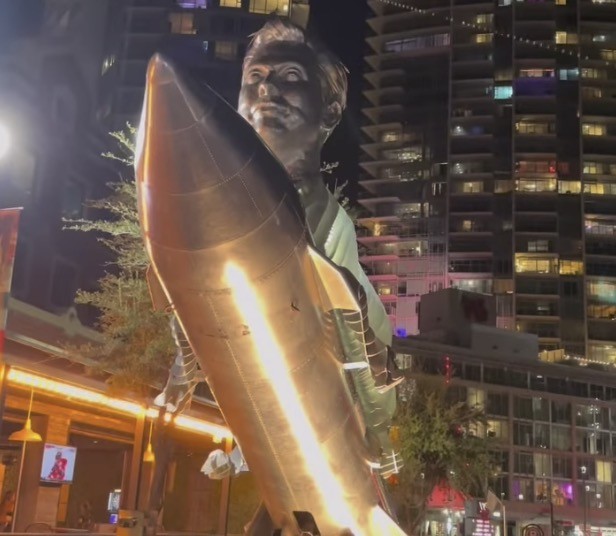 Instagram / elongoattoken
The 20-foot tall sculpture came at a cost of $600,000.
Texas billionaire Elon Musk isn't getting much love these days, what with Twitter users freaking the fuck out over his chaotic reign and workers at his Tesla factory in Austin asking the feds to investigate his labor practices.

Well, at least fanboys in the cryptocurrency community are showing the world's richest Internet troll some love.

A giant sculpture featuring Musk's head on the body of a goat straddling a rocket ship is set to parade Austin's streets before being delivered to the billionaire's Tesla Giga Factory on Nov. 26, according to tech site Boing Boing.

The 20-foot tall sculpture is a gift from the creators of the cryptocurrency $EGT, or Elon Goat Token. $EGT spent $600,000 on the project, according to its website.

The sculpture represents memes within the crypto-bro community. The goat body is a play on the term "GOAT," an acronym for "Greatest Of All Time". Meanwhile, the rocket ship is often used online to indicate that a digital asset or stock will increase in value or "go to the moon."

According to a social media post on $ EGT's Instagram account, the organizers plan to throw a "big party" before delivering the bizarro statue to the Tesla plant.

"There's nobody more deserving than Elon, so we hope to see you out there supporting the man himself," the post said. "Let's make it an historical day."

Despite $EGT's creative marketing ploy, it appears the gimmick promoting their digital token couldn't have come at a worse time. Cryptocurrency markets have descended into chaos following the collapse of crypto exchange FTX, which many have compared to a Ponzi Scheme.

Those interested in attending the statue's delivery can RSVP here. 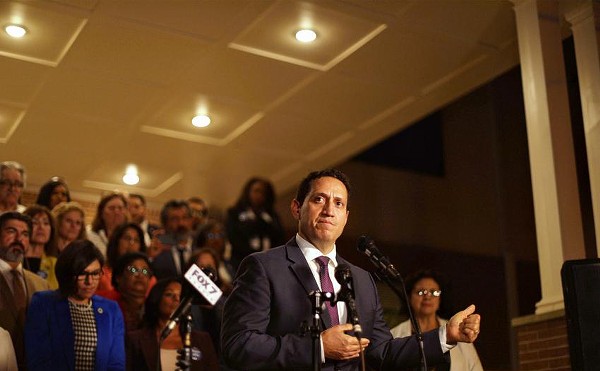 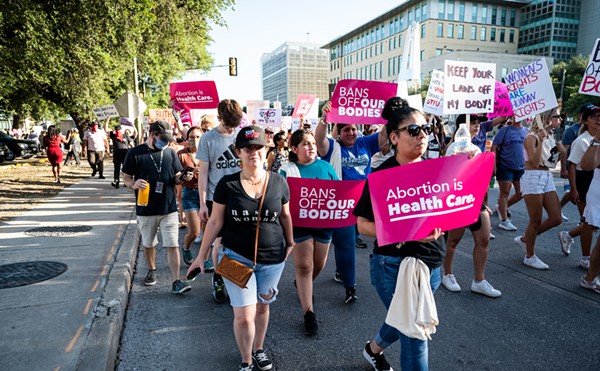